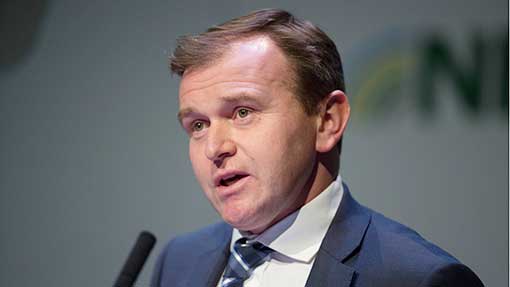 Government grants could be awarded to farm businesses to help ageing farmers “retire gracefully” and hand over the reins to the younger generation, the farm minister has suggested.

George Eustice said Defra was also looking at share farming agreements, which would allow retiring farmers to transfer the farm operation gradually to younger farmers or new entrants while passing on their experience.

An allocation of Pillar 2 rural development funding under the new CAP (2014-2020) could be used to support farm succession and new entrants’ schemes, the minister added.

“We are looking at whether we could use the RDP [Rural Development Programme] Pillar 2 grants where there is an element to support new entrants in the industry,” said Mr Eustice.

“There could also be a criteria in Pillar 2 where we award succession grants to businesses – but we must ensure it is not a business that is going to wind up one or two years after awarding the grant.”

The ideas will be discussed at a Defra summit on farm succession next Tuesday (10 June).

The meeting will focus on practical steps that could be taken in future to support farmers’ succession planning.

Mr Eustice said if the industry wanted to increase opportunities for younger farmers and encourage succession, it had to help those at the end of their career to “retire gracefully”.

Part of the answer could also involve matching new entrants with experienced farmers in joint ventures. This would enable ageing farmers to semi-retire or work part-time in the business while mentoring successors, he added.

“It would be possible to create a model where farmers can withdraw from being actively involved in a business, but maintain an interest in the farm,” said Mr Eustice.

“It can be quite a wrench for a farmer, aged in his 70s or 80s, to leave a farm business and effectively his home at the end of his career.

“Rather than looking after the cattle herd, which he has spent a lifetime to build, there may be a new person who could look after it.”

But the minister stressed that the industry should not disregard the “foundation of experience” that older farmer could pass on to the younger generation.

“If you can get the right blend of youthful enthusiasm and creative thinking that comes with younger people coming into the industry then you get things right,” he said.

“There is a role for both experience and young, creative thinking.”

David Fursdon, chair of the Future of Farming Review, and Sir Don Curry have been pushing for the industry to focus more on measures to achieve effective farm succession. Both will be present at Tuesday’s event.

Speaking ahead of the meeting, Mr Fursdon said: “The key question is: ‘How do we get people who would be prepared to let the next generation succeed on to their farms, whether it’s within their family, or outside their family?’”

The industry-led Future of Farming Review , published last July, found there was a “pressing need” for co-ordinated action to help support farmers to plan for retirement and succession.

It concluded that the low number of farmers leaving the industry was a “key obstacle” for “freeing up opportunities for new entrants and less experienced employees”.