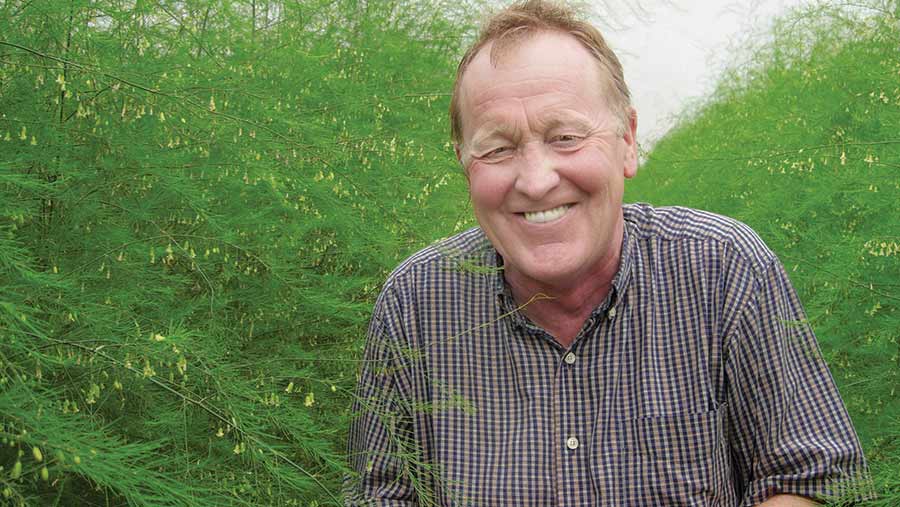 A Herefordshire grower has travelled to Brussels to tell MEPs about the vital need for farmers to have continued access to pesticides.

Mr Chinn, who also grows berries, beans and other crops, warned MEPs that the world population of 7.6 billion would reach 10 billion by 2050, and the great challenge of the 21st century was to produce more food from the same area while protecting biodiversity.

He said the UN Food and Agriculture Organisation and the European Crop Protection Association estimated that without crop protection tools farmers could lose 80% of their harvests to damaging insects, weeds and plant diseases.

In the UK, this has been underlined this week by the difficulties oilseed rape growers have faced trying to establish the crop without access to neonicotinoids. This has left crops vulnerable to severe attack from cabbage stem flea beetle.

Mr Chinn spoke about his work for the Centre for Crop Health and Protection, one of four agri-tech innovation centres set up by the UK government, which he chairs.

He outlined how developments such as targeted chemistry, use of biological control agents, targeted application technologies and progress in plant breeding and genetics could combine to ensure the production of safe, healthy, nutritious, affordable food with ever better care for the environment.

But he described the EU approval process for plant protection products as one of the most stringent in the world and said it took over 11 years, an average of 200 scientific studies and more than €250m (£225m) to bring a product to the EU market.

“Rigorous testing and application protocols are very effective in protecting the public and the environment. However little attention has been given to its other aims of effectively supporting productive and competitive agriculture and horticulture,” Mr Chinn told MPs.

“The fact that the regulation has just started its eighth year and it has only brought to the market the equivalent of about one new active substance per year, including low-risk substances, demonstrates the approach is failing to deliver for growers.”

Speaking after the hearing, Miss McIntyre, Conservative agriculture spokesperson in the EU parliament, said: “This committee was set up with a specific agenda to undermine trust in plant protection products – so I was determined that it would hear from a farmer who is also an expert in this area.

“He [Mr Chinn] told the MEPs a few home truths – not only about the industry’s real needs but also about very practical ways of limiting the use of products while improving the environment.”

But organic farming lobby the Soil Association (SA) said a less stringent approvals process could lead to even greater harm to wildlife and increased risks to public health.

Emma Hockridge, head of policy for farming and land use at the Soil Association, said: “Research is increasingly highlighting the harmful impacts of pesticide use on the environment and human health.

“Organic farmers show that it is possible to farm successfully without relying on synthetic pesticides and a lot more should be done to help all farmers adopt and improve these practical alternatives, which pose less risk to our soils, environment, and health.”