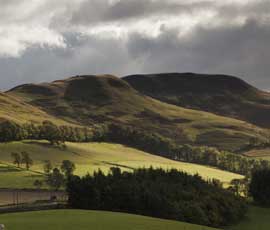 Landowners have reacted with disappointment to the government’s £26m plan for the uplands.

DEFRA’s Upland Policy Review was launched on 10 March and provided a £20m fund to boost broadband coverage and a further £6m for environmental measures.

But the Country Land and Business Association said the package failed to recognise the uniqueness of England’s uplands and overlooked an opportunity to give hill farms special help.

CLA president William Worsley said: “The CLA and the Commission for Rural Communities (CRC) had called for a DEFRA minister to be given direct responsibility for the uplands.”

“We also asked for an independent group to monitor progress on uplands policy delivery, but neither suggestion has been accepted in the review,” Mr Worsley said.

“While we welcome the government’s ongoing support for Uplands Entry Level Scheme (ELS) we do not think the scheme is a long-term solution to the economic hardship being seen in the hills.”

The CLA president added that the DEFRA review had ignored a CLA request for national parks to have an explicit economic role.

But he did welcome the review’s proposed £20m Community Broadband Fund.

“It is vital the allocation is used wisely. We strongly advise the government to use the money in a series of grants for rural communities where demand can be proven.

“Some of the money should also be used to create an effective toolkit to fully explain to people the benefits broadband will bring to the rural economy,” he said.