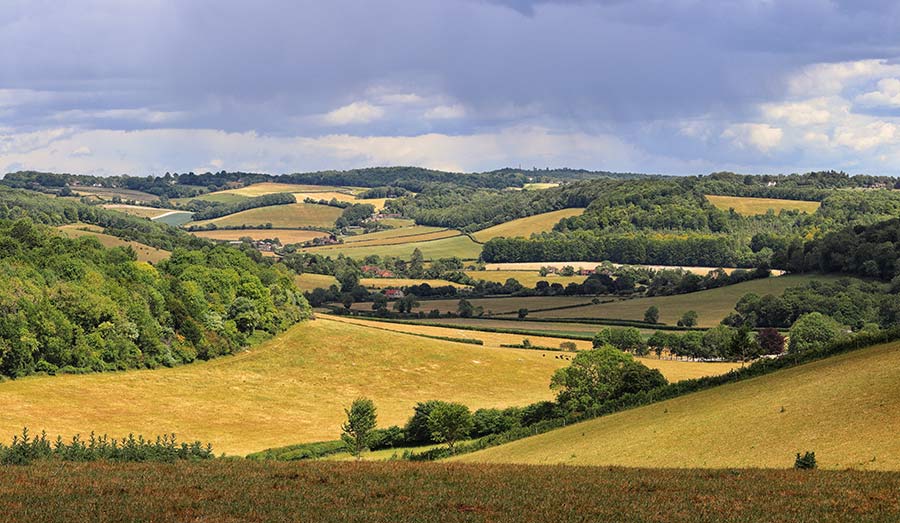 Long-awaited government proposals to better manage England’s protected landscapes are a missed opportunity, according to landowners.

The plans for National Parks and areas of outstanding natural beauty (AONB) were set out in a government response to an independent review completed two years ago.

The Landscapes Review, published in 2019 by former government adviser Julian Glover, said protected areas were being failed by fragmented management which wasted resources.

Responding, the government has released a set of proposals within a consultation that runs until 9 April 2022.

The consultation calls for views on a range of proposals within protected landscapes.

At their heart is a co-ordinated approach to management – dubbed a National Landscapes Partnership – between bodies such as Natural England, AONB and National Park managers.

It stops short of Mr Glover’s recommendation for an entirely new body, which the government dismissed as a potentially costly extra layer of bureaucracy.

If given a green light, the partnership would be able to bid for government funding, run media campaigns and develop strategies for park managers.

While the partnership goes some way to addressing Mr Glover’s call, the government ruled out large increases in funding for protected landscapes.

Instead, the government has put the onus on the new partnership to generate additional income from private funding.

This could be done with joint-funding and finance initiatives from commercial partners looking to develop initiatives like carbon sequestration and water quality improvements, it insisted.

In addition, the partnership should encourage training and development and facilitate knowledge sharing between the parks and a rebranded body overseeing AONBs.

Rebranding AONBs as National Landscapes would foster a step-change in purpose, delivered by skilled teams, sustainable funding and robust governance, the consultation said.

The more co-ordinated approach would be charged with fostering the Farming in Protected Landscapes (FPL) initiative – a funding route for farmers who work within the constraints of protected landscapes.

And the former AONB teams would be central to a careful balance of planning reform.

Under the National Planning Policy Framework, developments in protected landscapes should be sensitively located and designed to avoid adverse impacts.

However, the consultation pledged to review this process, adding that there would be new opportunities for farmers in protected landscapes to use land to offset construction and development elsewhere.

Despite government assertions that rural businesses would benefit from closer links to finance, the proposals have been met by a lukewarm response from landowners.

Country Land and Business Association (CLA) head of planning Fenella Collins said the proposals could have done more to support farmers and businesses.

“The government has not adequately recognised that over many centuries farmers and landowners have been responsible for creating and maintaining these protected landscapes,” Ms Collins said.

She pointed out that the government had referred only to a continuing duty to foster the socio-economic practice inside parks.

A duty is not as strong as a statutory measure and means there is not a legal obligation to ensure businesses can thrive, Ms Collins explained.

A statutory measure would have fostered a greater impetus to improve business finances through diversification and development.

“This, in turn, would have created more meaningful jobs and careers for those inside protected landscapes, particularly younger people,” Ms Collins said.

As it stands, the proposals only lay the groundwork for areas such as tourism and planting trees, which are seasonal and have lower paid jobs, she suggested.

CLA president Mark Tufnell added: “By viewing the countryside purely through an environmental lens, government is missing out on significant economic, and social opportunity – which flies in the face of its supposed Levelling Up agenda.

“Put simply, the countryside is not a museum and Whitehall should stop treating it as such.”

Mr Tufnell said: “We strongly encourage the government to show some ambition for the countryside – including supporting businesses in designated areas.  “Allow us to protect its inherent beauty, but help us to create jobs, share prosperity and strengthen communities at the same time.”

The full government proposals are available on the Defra website