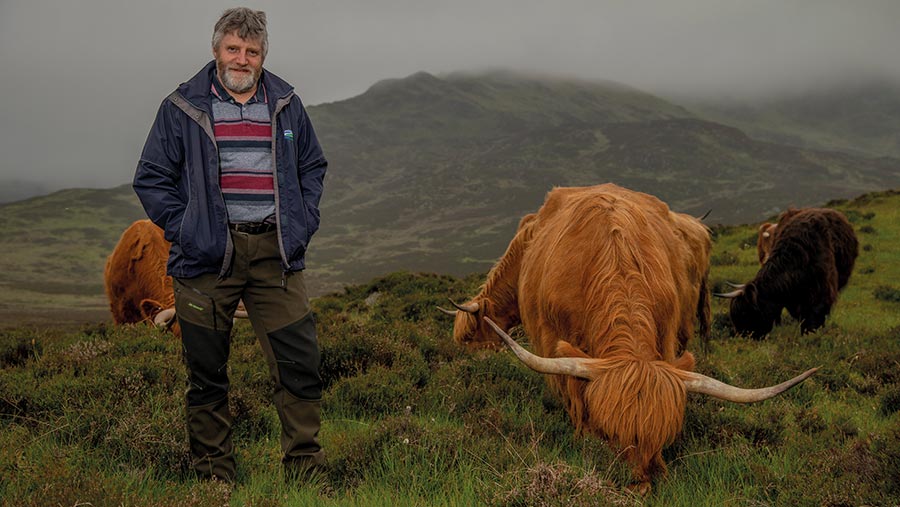 A new government scheme which will fund baseline carbon audits and soil health measures carried out by Scottish farmers must be rolled out by spring 2022, NFU Scotland (NFUS) has insisted.

NFUS president Martin Kennedy has challenged the Scottish government to introduce its National Test Programme (NTP) scheme for all farms from next spring.

Rural affairs secretary Mairi Gougeon announced plans in October to invest up to £51m through the NTP scheme between 2022 and 2025 to support farmers and crofters to transition to sustainable farming methods and reduce their greenhouse gas (GHG) emissions.

Speaking at a press briefing, Mr Kennedy said the Scottish government must start delivering on its funding pledges. “We are looking at that £51m funding that is going to allow us [farmers] to do carbon audits, nutrient management plans, soil testing,” he said.

Given the high nitrogen fertiliser prices (around £700/t) it was “absolutely vital” that the NTP scheme got under way now, he added.

As a co-chairman of the Agricultural Reform Implementation Oversight Board (Ariob), working alongside Ms Gougeon and others, Mr Kennedy said he was committed to bringing about effective change through meaningful measures available to all farmers.

“We also have to remember how important food production is,” he added. “The UK is only 60% self-sufficient in food. It’s not really a great stat we can be proud of, considering 20-odd years ago we were over 80%.”

NFU Scotland believes that a holistic approach must be taken to food production, climate ambition and biodiversity enhancement, but the industry must be given the right policy tools to deliver on these challenges.

Mr Kennedy said that for more than three years, union policy papers had mapped out the approach it believes the Scottish government must take to give farmers stability as they transition from area-based to action-based support, building on the recommendations of the government’s five Farmer-led Climate Change Groups.

He described the transition to the Environmental Land Management (ELM) scheme in England as a “car crash” but said there was an opportunity to develop a future farm policy that was “fit for Scotland and fit for Scottish agriculture”.

The Scottish government has allocated £10m to the NTP scheme next year. Mr Kennedy said this was not enough, but he urged every farmer and crofter in Scotland to get involved, or they could face a similar route to ELM, with less rewarding payment rates or even regulation.

NFUS director of policy Jonnie Hall said there were two elements to the NTP scheme: track one involves the opening of baseline measures for every farm and croft, while track two will see piloting of new options, with 50% of all funding based on conditional support from 2025 onwards.

A Scottish government spokesperson said: “Farmers and crofters will be supported to play their part in Scotland becoming a global leader in sustainable and regenerative agriculture.

“The National Test Programme, starting in 2022 with up to £51m of investment over three years, will support and encourage farmers and crofters to learn about how their work impacts on climate and nature, including offering financial support to carry out carbon audits and nutrient management plans. This will establish a clear baseline and options for action for all who participate.

“The Agri-Environment Climate Scheme will reopen for applications in 2022, which will underpin the ambition of doubling the amount of land under organic management alongside a suite of other measures aimed at promoting low carbon farming and protecting the environment. The Scottish government has committed to deliver future rounds to be held yearly up to and including 2024.”

Longer term, a new Scottish Agriculture Bill will be brought forward in 2023 to provide a replacement for the EU’s Common Agricultural Policy and this will include future farming support payments. This will be followed by a Just Transition Plan for Scotland’s land and agriculture, which will include clear milestones out to 2045.