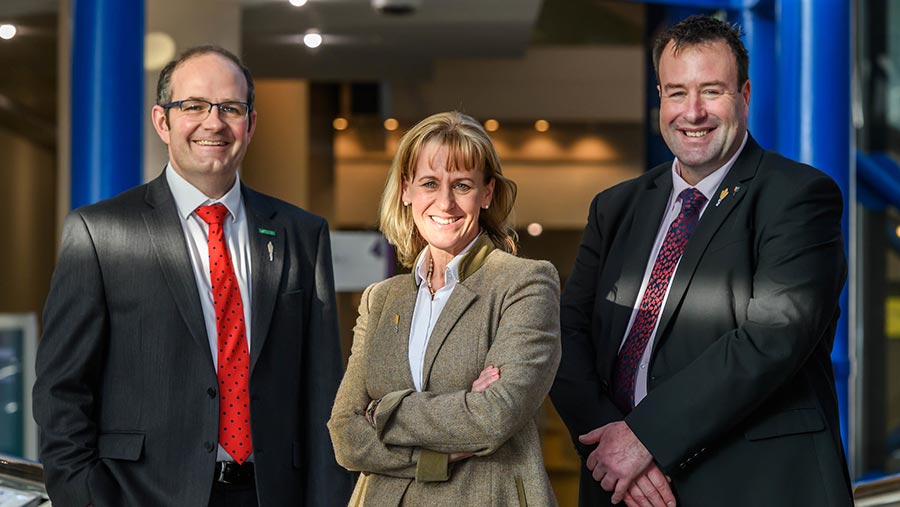 See also: NFU20: British farm standards must not be undermined

Essex farmer Tom Bradshaw was elected NFU vice-president – the role that Mr Roberts previously held. Mr Bradshaw, who farms at Fordham, north of Colchester, was previously chairman of the NFU’s combinable crops board.

The changes mean a new top team will steer the NFU through the Brexit transition period and beyond – including the implementation of a new agricultural policy. Mrs Batters said: “The next two years are going to be absolutely full on – the next 12 months in particular.”

Getting Brexit right for farmers was vital, she added.

Paying tribute to Mr Smith, Mrs Batters said: “He has done a lot of heavy lifting for this organisation. He has always had membership in his DNA, in his heart, and he has been a good member of this team for six years. We owe him an enormous debt of gratitude.”