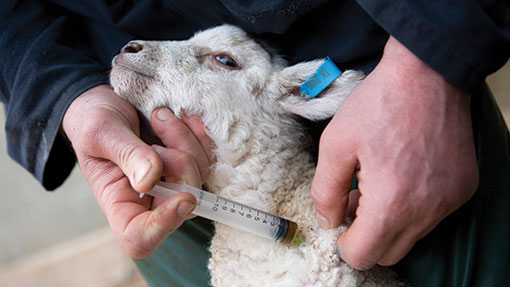 Sheep farmers should be paid money out of Rural Development Programme for England (RDPE) funds to help improve health and welfare, according to the National Sheep Association.

The NSA is lobbying DEFRA to include an animal health scheme as part of its next RDPE.

Phil Stocker, NSA chief executive, says there is little in the Common Agricultural Policy to tackle society’s main challenge of producing food in a “resource-friendly” way in future.

“We need to be more food-secure and resources are running short. There still isn’t much that encourages efficiency of production.

“Ideally we’d like to see a rebalancing of CAP money, with more focus on animal health and resource efficiency. We can create a scheme that would encourage farmers to be better in terms of health and disease management using some of the modulated money,” he adds.

How will it work?

Mr Stocker says the proposed scheme would require farmers to have a detailed animal health plan, drawn up with their vet. This would then be used to highlight areas for health improvement and productivity gains. Once identified, the scheme would cover the costs of testing and accreditation to existing health screening and moderating schemes.

“There is nothing out there as comprehensive as the scheme we are planning. Funding would come from the RDPE, and wouldn’t look much different to the agri-environment schemes.

“It would also encourage and cover the costs of quarantine when buying-in and treating animals during this period,” he adds.

The main aim of the scheme is to make sure resources are targeted on productivity and, where possible, avoid losses, says Mr Stocker.

“Doing this should encourage farmers who are not doing enough in terms of animal health and reducing disease on the farm to bring them up to a level that they see as beneficial.

“There are benefits in terms of raised health and welfare and reduced greenhouse gases, and farmers who opt for best practice will be rewarded, as they will be doing so by choice and not by law,” he adds.

The NSA has spoken to the Animal Health and Welfare Board, DEFRA and government ministers and now hopes it will feature in the RDPE. DEFRA has announced it will reveal the detail of its RDPE in summer.