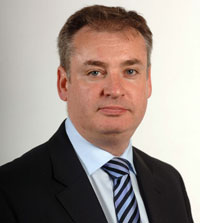 The government has been accused of ignoring Scotland when devising food and farming policies.

Mr Lochhead made the accusation during a speech at the Oxford Farming Conference on Tuesday (6 January).

“The Treasury-driven DEFRA vision for agriculture that calls for a quick end to subsidies – and that UK ministers are attempting to sell to the EU – is not Scotland’s vision, as it ignores Scotland’s unique circumstances.”

Although devolution had delivered some benefits, it did not go far enough, Mr Lochhead told delegates.

“What I would like to see for the future is, effectively, a new contract between our society and farmers to deliver clear outcomes in the interests of Scotland.”

Livestock farming, especially sheep and beef production, was much more important to Scotland than it was to England, said Mr Lochhead.

On a wider level, the agri-food sector was strategically important and farming continued to be a mainstay of Scotland’s rural economy.

“The primary purpose of Scottish agriculture should always be food production. Maintaining a national capacity to produce food is crucial for Scotland’s future.”

Food production was worth £7.5bn annually to the Scottish economy, Mr Lochhead said. The Scottish government wanted to grow this to £10bn by 2017.

Given the national importance of agriculture, public support for farming was wholly justified and essential given the challenges faced by Scottish producers.

The Scottish government would decide how to implement the CAP healthcheck, said Mr Lochhead.

It would also be deciding on the shape of Less Favoured Area support from 2010 onwards, he added.

“We are also reviewing the Scotland Rural Development Programme to see whether it is properly equipped to deal with the challenges of the economic downturn.

Unlike England, more than 90% of Scotland is classed as rural, with many areas defined as very remote or sparsely populated.