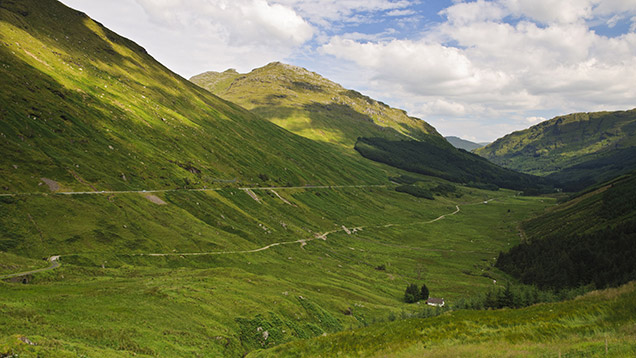 The STFA said the rules would not prevent another generation of so-called “slipper” farmers receiving entitlement to basic payments.

The organisation has appealed to government to produce a much more rigorous definition of active farmers and what constitutes agricultural activity.

It is also concerned that the government may not be implementing 2013 as the reference year for claiming entitlements – a measure that is designed to limit the damage being done to the tenanted sector by landlords bringing tenancies to an end to take advantage of the new CAP rules.

STFA chairman Christopher Nicholson said there was nothing in the rules to prevent a landowner from renting his land out on a seasonal arrangement while being classified as an active farmer and receiving support payments.

“We would like to see the activity rules strengthened to include proof that the active farmer’s main income is from agriculture. And to ensure that he is in occupation of the land, that he is taking the entrepreneurial risk of the farming activities on the holding, and that he is in control of the day-to-day management of the holding,” Mr Nicholson said.

“We can see no justification for anyone to be in receipt of support unless they are actually engaged in farming activity on that land. This concern relates equally to contract farming arrangements, where the “farmer” frequently shares very little risk with the contractor,” he added.

“At a time when the government is seeking to revitalise and expand the tenanted sector and create more opportunities for new entrants, the CAP regime is in danger of achieving the opposite by discouraging land to be let. It will also encourage a new breed of armchair farmers who will be able to sit back and receive support payments for very little effort,” Mr Nicholson said.

“With a restricted CAP budget and the move to an area payment, it is important, even at this late stage, for the government to use the flexibility it has to deliver support payments where they are needed rather than allowing the payments to be used as a return on investment in land.”

“The new CAP will include a whole suite of rules to ensure that payments are targeted at active farmers.

“Rules on eligibility of claimants and on minimum levels of activity will operate alongside a set of payment regions and coupled support schemes designed in consultation with stakeholders. In some cases it is only as a result of successful Scottish government lobbying that these options exist within the new CAP,” he said.

“As part of the ongoing review into tenant farming, the Agricultural Holdings Review Group is considering the impact of agricultural subsidies on the sector. It is due to conclude its report by the end of this year,” Mr Lochhead said.

He added: “We are confident that through the new CAP we can better clamp down on slipper farming but acknowledge that getting the detail right will be crucial so that genuinely active farmers with extensive areas of land are not inadvertently shut out.”