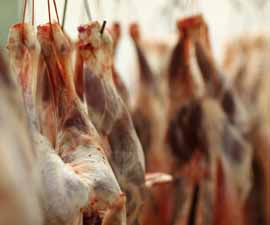 Organisations representing Scotland’s livestock sector are calling for a separate meat inspection system to help producers being “disadvantaged” by the current nation-wide system.

NFU Scotland and the Scottish Association of Meat Wholesalers (SAMW) have drawn up outline proposals to set up an alternative scheme from the rest of the UK.

The paper, which has been sent to Scotland’s four main political parties, says the current UK-based service disadvantages Scotland and “presents a serious threat to the future viability of the Scottish meat and livestock sector”.

He said previous attempts to rationalise the “burdensome and outdated” nation-wide service had been frustrating and delivered little change to producers.

“By utilising the FSA in Scotland, we can develop a tailor-made service that better recognises the specialised processing sector we have in Scotland,” he added.

“It will also deliver efficiency through best practice that will benefit the whole meat chain and build on the Scottish brand.”

Allan Craig, SAMW president, said inspections of Scotland’s livestock units currently cost less than half of those in the UK. “Under the present structure, Scotland is being significantly disadvantaged by having to pay a UK average figure influenced by both plant demographics and potentially less efficient delivery of controls in England and Wales,” he said.

“We believe a Scottish solution, still managed locally by Food Standards Agency, would be more efficient and cost-effective and would provide a valuable opportunity to secure and enhance public confidence in quality Scottish meat.”

Mr Craig said the draft paper contains a firm commitment to the need for meat inspections to continue to ensure the delivery of safe food to consumers.

The paper adds the new service must be “underpinned by science” and be “risk-based, relevant and proportionate”.

“In issuing this paper at this stage, we accept decisions cannot be taken before the Scottish elections are completed,” Mr Craig added.

“While the industry’s meat inspection concerns need to be addressed urgently, the timing of this paper provides an ideal opportunity for all political parties to be involved in the discussion process.

“This can only be of benefit to the shaping of a final solution, which meets the needs of Scottish producers, meat businesses and consumers in a more effective and efficient manner than is currently the case.”