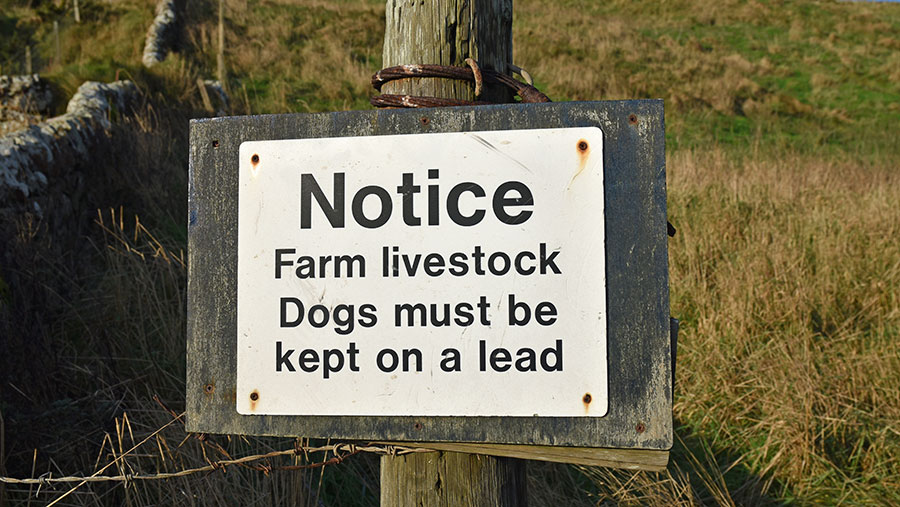 Farm leaders in Scotland are calling for a government review of 17-year-old legislation that grants the public rights of responsible access following a surge in people visiting the countryside.

Since the start of the coronavirus pandemic almost two years ago, the number of visitors to the countryside has increased significantly.

NFU Scotland (NFUS) welcomes the safe and responsible enjoyment of the countryside, but says the Scottish Outdoor Access Code, approved by the Scottish parliament in 2004, is no longer fit for purpose.

The results of a survey of its member farmers and crofters in November found that many believe the code is no longer effective, and a review is needed to offer modernised guidance.

Speaking at an NFUS press briefing on Monday 13 December, vice-president Robin Traquair said: “We realise that people want access to the countryside, and most of the time it has worked extremely well.

“But we will have to try to clear up some issues on farms with footpaths to help both farmers and the public.”

Mr Traquair said his farming neighbour had suffered “massive issues” with people accessing the roads that pass through his land.

“There’s cattle on the farm and the farmer would often shut the gate to allow him to move cattle down the tracks, but people just climb over the gate. You have got a farm safety issue there,” he explained.

On his own farm, Mr Traquair said there were higher numbers of people walking their dogs without a lead.

Farmers should be allowed to close gates on rights of way to allow them to handle animals to prevent injuries from livestock to members of the public, he added.

Farmers were also concerned about the risk of operating machinery on roads and pathways being used by young parents walking their children in pushchairs.

“As we know, heavy machinery moves between fields, especially at harvesting and busy times, and we need to be able to separate people from dangerous goings-on on the farm.”

Wild camping, which is legal in Scotland, but with limits, can also be a problem if there are too many people in one place, Mr Traquair added.

NFUS director of policy Jonnie Hall said since the first Covid-19 lockdown, a significant increase in people accessing the countryside was associated with an increase in livestock worrying.

Consequently, a new livestock worrying bill, brought forward by Scottish National Party MSP Emma Harper, now means dog owners in Scotland can be fined up to £40,000 or jailed for a maximum of 12 months for serious dog attacks on livestock.

Scottish Conservative MSP Murdo Fraser has also asked the Scottish government to introduce a members’ bill to tackle fly-tipping, to make those who dump rubbish legally responsible for cleaning it up.