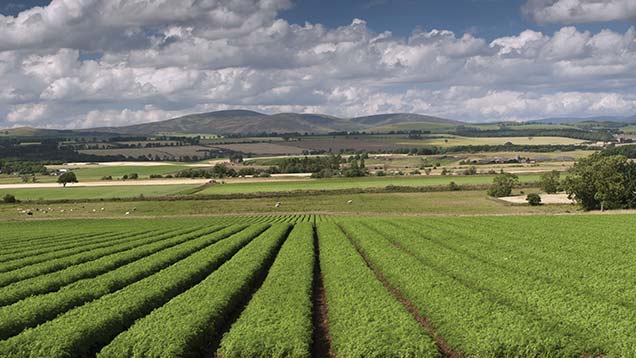 New farm tenancy legislation looks set to be included in the Scottish government’s Land Reform Bill and brought before parliament by the end of the current parliamentary session.

The Scottish government’s land reform minister, Aileen McLeod, said the vision was for a more democratically accountable and transparent system of land rights promoting “fairness and social justice, environmental sustainability and economic prosperity”. Some 50% of Scottish land is owned by just over 430 individuals.

STFA chairman Christopher Nicholson said the status quo was unhealthy and the minister’s commitment struck a chord with tenant farmers who had found themselves at the rough end of the imbalance of power over land.

“Tenancy reform must be considered as part of the broader land reform agenda for a more inclusive society and to increase opportunity in the wider rural economy. Scotland’s land and people need a better deal and land reform will unlock underused assets for better use by more of the population.”
Christopher Nicholson

“The let land sector is dominated by relatively few large estates controlled by a small band of land agents and factors and let land is scarce. The relationship between rent and the productivity of land has now reached unsustainable levels that must be urgently addressed,” he said.

“Tenancy reform must be considered as part of the broader land reform agenda for a more inclusive society and to increase opportunity in the wider rural economy. Scotland’s land and people need a better deal and land reform will unlock underused assets for better use by more of the population.”

However, SLE chairman Lord David Johnstone claimed the proposals could deliver a serious blow to land-based businesses and was not in the interests of rural Scotland.

“We will be making a very forceful case that the forthcoming recommendations of the Agricultural Holdings Legislation review group are treated separately rather than within a Land Reform Bill,” he added.

“All those who work in tenant farming have put a great deal of time and effort into suggesting solutions to make the let sector more vibrant and dynamic. This is a complex area and we believe merits separate consideration, as is the case with succession law.

“We are concerned by what the Scottish government means when it says land should be owned and used in the public interest. Does that mean all land-based business activity or what happens on private land across rural and urban Scotland has to be solely in the public interest? Again, greater clarity is needed.”

Other key land reforms proposed by the government include a ban on companies, partnerships or trusts owning land in Scotland unless they are registered within the European Union, in order to make it easier to contact the landowner or hold them to account if necessary. Individuals from all over the world who want to buy Scottish land will not be affected.