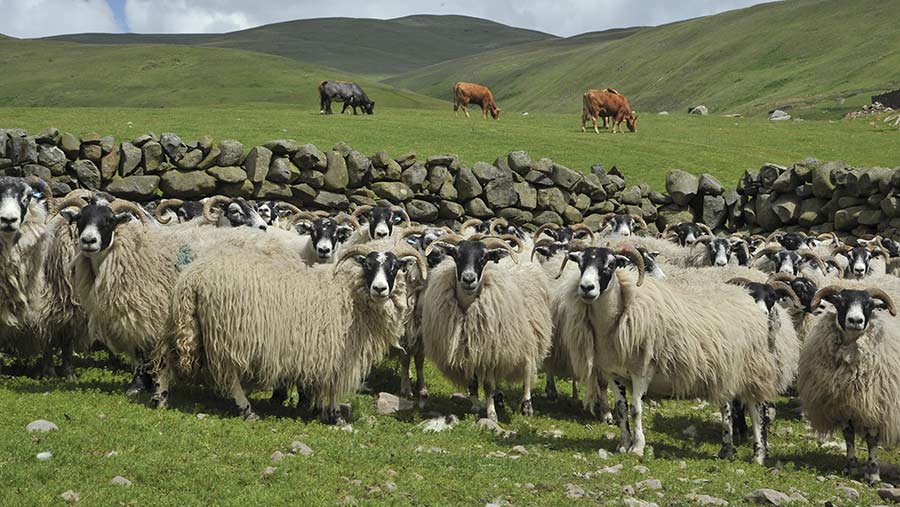 Following a year like no other, Scotland’s farmers and crofters will expect the next government to invest heavily in the rural economy to help the recovery from current impacts of Covid-19 and Brexit.

Scots will go to the polls on 6 May to elect 129 members of the Scottish Parliament (MSPs) for a five-year term, which could bring significant constitutional change including a possible second independence referendum.

The candidates were given five minutes each to outline their party’s priorities for farming, crofting and rural Scotland.

This was be followed by a lively Q&A session involving NFUS members.

First up was Catriona Bhatia, the Lib Dems’ lead candidate for East Lothian. She said the Scottish Lib Dems wanted to put recovery first, particularly for key sectors such as agriculture.

Her party had “fought hard” to remain in the EU, but Brexit had erected new barriers which were being felt across rural communities.

Scottish farmers produced iconic food and drink products which drove exports, Mrs Bhatia said. But she stressed that the UK government must not be allowed to sign cheap food trade deals as this would flood the country with poor quality food and undercut farmers.

Inverness and Nairn SNP candidate Fergus Ewing promised that if he was re-elected, his party would not make farmers’ lives more difficult by imposing “unrealistic and impractical” livestock transportation rules.

Similarly, Mr Ewing said the SNP would not introduce “impracticable and unaffordable” rules around slurry storage and silage pits. It would also look to end the “ridiculous” ban on seed potato exports to the EU.

Mr Ewing said an SNP government would continue, broadly speaking, with the existing farm support schemes until 2024. Future policy would be developed by working closely with farmers and stakeholders, including NFUS, with an implementation board.

He said the SNP had worked hard to fix IT payment problems. “Last year, Scottish farmers and crofters were the very first to receive their Pillar One payments by means of the expedient of loan finance,” he said. “That will happen again in September this year.”

The Less Favoured Areas Support Scheme had been “continued 100%”, he added, and a re-elected SNP government would look to continue support for hill farmers in the long term.

Jamie Halcro Johnston, the Scottish Conservative candidate for Skye, Lochaber and Badenoch, said his family had farmed in Orkney for generations.

If elected, he said the Scottish Conservatives would create a blueprint for the future of farming support in the first 100 days of the next parliament, “something to be consulted on… giving time to adjust rather than waiting until 2024”.

Mr Halcro Johnston said: “We have the opportunity to craft a new agricultural policy that’s better aligned with Scotland’s needs, supports the future of the sector and provides financial security.”

Mags Hall, the Scottish Greens candidate for Mid Scotland and Fife, spoke of her party’s “green vision” for the future of Scottish agriculture.

Her party would like to see farmers rewarded with basic payments for carbon emissions reductions and climate change adaptation measures.

Public funding would be used to promote a transformational change in land use, including nature enhancement, organic conversion, agroforestry, regenerative agriculture and flood management.

Rhoda Grant, a Labour Highlands and Islands regional list candidate, said supporting farmers and crofters in the recovery from the pandemic would be Scottish Labour’s top priority, if it won power.

“We need an agriculture industry which will feed us, that has high animal welfare standards, but also has good careers and fair pay,” she added.

The online NFUS hustings event culminated in a lively Q&A session in which a range of farming and rural issues were tackled.

Here are the main topics and some of the best responses from the five prospective MSPs:

Will your party seek to reduce livestock numbers as part of Scotland’s net zero ambitions?

Fergus Ewing: “The way ahead is to continue to support beef production. There is no way, as farming minister, I would preside over a mass cull of hundreds of thousands of cattle.

“We need to follow the advice published in the suckler beef report last November, from Jim Walker and Clare Simonetta, informed by experts from SRUC and many practising beef farmers.”

How would your party tackle the increasing blight of fly-tipping?

Jamie Halcro Johnston: “We certainly want to see tougher penalties. We want to support local authorities to prosecute those who are involved in fly-tipping. But education is also important.”

What is your party’s position on tree planting, bearing in mind too much could result in offshoring our food production?

Mags Hall: “This doesn’t have to be an ‘either-or’. Incorporating both grassland and tree planting on your farm will give us the maximum benefits in terms of biodiversity and carbon sequestration.”

What is your view on the use of gene editing technology?

Rhoda Grant: “As I understand it, we can use gene editing to create drought-resistant crops which would make a huge difference to world hunger. We would be silly to rule it out, but we need to be careful. Our reputation in Scotland is for really high-quality food, so we can’t afford to lose that.”

What are your views on the management of species to enable biodiversity to flourish and ensure viable farms and crofts?

Catriona Bhatia: “One of the biggest pests for farmers, certainly down in the Borders, seems to be badgers. There are a lot of badger setts, they do a lot of damage. They carry disease and yet they are a protected species.”

What the manifestos say about farming and rural issues

The main political parties have unveiled their vision for future agricultural policy in Scotland ahead of the 6 May Holyrood election.

Below are the main farming and rural policies included in their manifestos:

The SNP has promised to continue to champion Scottish agriculture and further support the country’s farmers and crofters if the party is re-elected.

It has committed to support food production with direct payments. By 2025, however, half of all farm funding would be diverted towards conditional support, so farmers produce more of our own food needs sustainably and with nature.

Keeping people on the land, sustainably, is its top priority. As such, it would seek to remove barriers to tenant farming, create more active crofts and support women and young people into farming.

If it forms the next government, the Conservative party will launch a full public consultation, within 100 days of election, to deliver a policy on a future funding model for agriculture.

To rebuild rural communities from the pandemic, it would encourage women and new entrants into farming and reopen schemes such as the Young Farmers and the New Entrants Start Up Grants as well as the New Entrants Capital Grant Scheme.

Scottish Labour would work towards a transparent supply chain and food system which supports Scottish producers and recognises the public benefits agriculture provides.

The party says the pandemic should cause a rethink of food supply chains, returning to a more localised system of production.

The Scottish Lib Dems want to incentivise farmers to transition to a more sustainable agriculture, provide support for high quality food production, ensure fairness in the supply chain and help young people into the industry. The party will match the scale of resources from the old schemes.

The Lib Dems are committed to carbon neutrality in the sector by 2040. They would focus to reduce carbon in the livestock sector through more efficient production and cut “food miles” by promoting seasonal Scottish produce in a Scotland-first public procurement policy.

The party would work with farmers to help them farm in better ways for the environment, take steps to ensure farm animals are looked after properly, and protect the countryside.

What do farmers want from the next government?

“I want the next government to continue to support the work of hard-working Scottish farmers, to help promote Scottish food at a local and international stage, with education of Scotland’s local, sustainable food source and supply.” 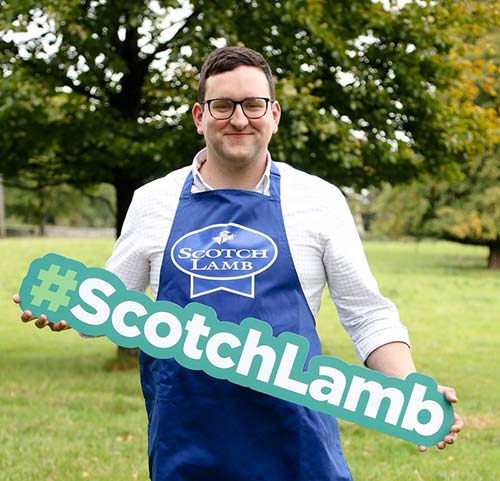 “We need to see a more coherent agricultural policy from the next government. There is little point in farmers and industry stakeholders coming up with recommendations if they aren’t initiated, which appears to be happening with the beef suckler plan.

“In our farming businesses we work to medium- to long-term plans. Government should put directives in place to give us the direction to kick the ball in.” 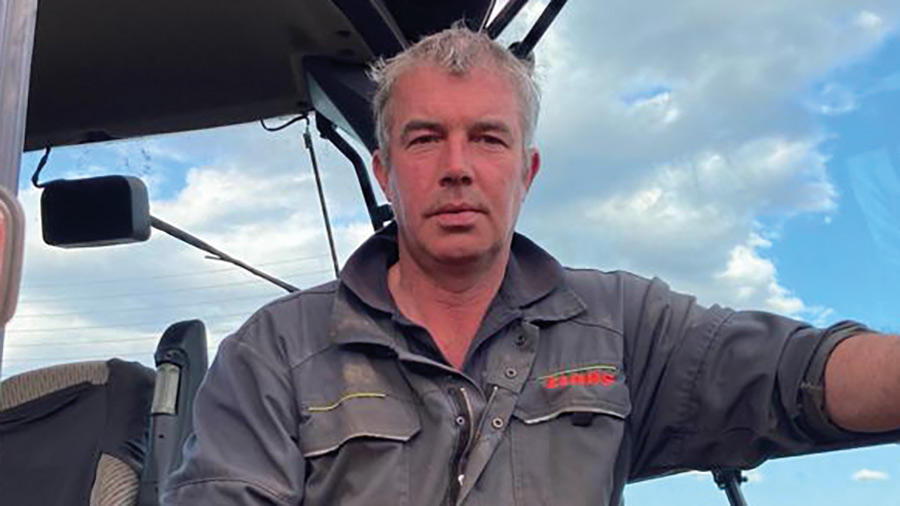 “Going forward, I think support for farmers is going to be critical, not just with general farming, but also for agri-tourism and people diversifying their farm businesses. That will really aid the rural economic recovery from Covid.” 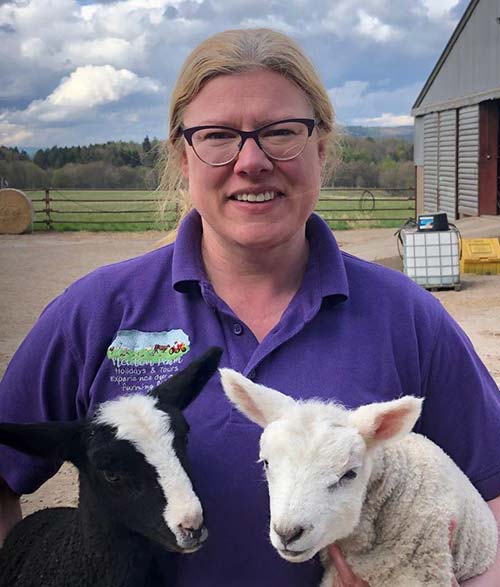 NFU Scotland’s priorities for the next government

NFU Scotland produced its own manifesto (PDF) ahead of the Scottish elections, with calls for agriculture, food and rural issues to be front and centre of political debate.

It sets out four priorities for the next Scottish government and parliament over the next five years.

This includes sustainable food production as part of a green recovery from Covid; a viable and rewarding industry for current and future generations; a transparent supply chain and food system which supports Scottish producers; and support for a resilient and enterprising rural economy that offers opportunities for all.