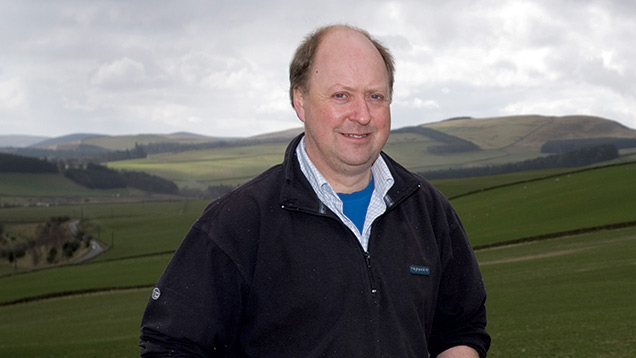 The Scottish government has hit back at criticism that its implementation of CAP is a “leap in the dark”.

The claims were made by NFU Scotland (NFUS) president Nigel Miller (pictured).

He also claimed this week that CAP implementation in Scotland had been shaped by what suited software designers, rather than being defined by Scottish policy requirements.

The union added that producers had a right to be angry over the “frustrating and drawn out process”.

However, a Scottish government spokeswoman insisted there had been transparency throughout the CAP reform process and government had worked closely with NFUS to take account of industry views.

“The message we have been given throughout this process is that putting the right support mechanisms in place should be the priority. That is what we have done – and it is nonsense to suggest otherwise,” she said.

The row materialised after it became clear that the transition to new scheme rules would not provide the “soft landing” originally indicated for producers on higher support levels.

Mr Miller said that the Scottish government had failed to share its thinking with producers, and it now appeared that Scotland would move into the new era of CAP in 2015 with a jolt.

“[Rural affairs] secretary Richard Lochhead has taken a leap in the dark by pushing through a transition model that will see support levels plunge on many productive units, while also excluding some developing businesses from the national reserve,” he said.

Mr Miller called on the rural affairs secretary to provide an immediate independent analysis of the transition systems he planned to introduce, underpinned by robust modelling and an easy-to-use ready reckoner.

The Scottish government spokeswoman said the administration shared NFUS’s frustration at the ongoing uncertainty caused by EU rulings on some of the technical detail of its CAP implementation plans.

“Mr Lochhead is writing again to Commissioner [Phil] Hogan about this very issue after farm ministers debated simplification this week in Brussels,” she added.

“It is clear that some stakeholders would like a slower transition and some would like faster – but the pace of transition and use of the National Reserve will ultimately be bound by European CAP negotiations.”