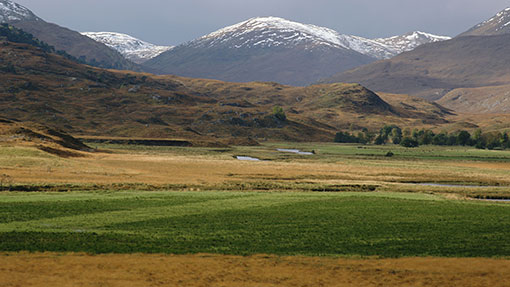 Scotland needs to establish a Land and Property Commission to monitor the ownership and management of the country’s most valuable resource, urges a government-commissioned report.

The Land Reform Review Group, which was established by first minister Alex Salmond in 2012 to explore how Scotland could reform its system of land ownership, has published its final report after two years of deliberation.

The headline recommendation is one of more than 60 suggestions contained in the 260-page document, The land of Scotland and the Common Good.

Others include the view that there should be an upper limit on the total amount of land that can be held by any private landowner, an end to the Crown

The group has urged government “to be radical in its thinking and bold in its action”, adding that “the prize to the nation will be significant”.

Some of the recommendations could be achieved by amending existing policies and legislation while others would need to be the subject of new legislation.

The Scottish government’s environment minister Paul Wheelhouse welcomed “the overall vision and proposed direction of travel”, but added that government would not agree with all of the recommendations.

However he singled out the benefits of community ownership highlighted by the report.