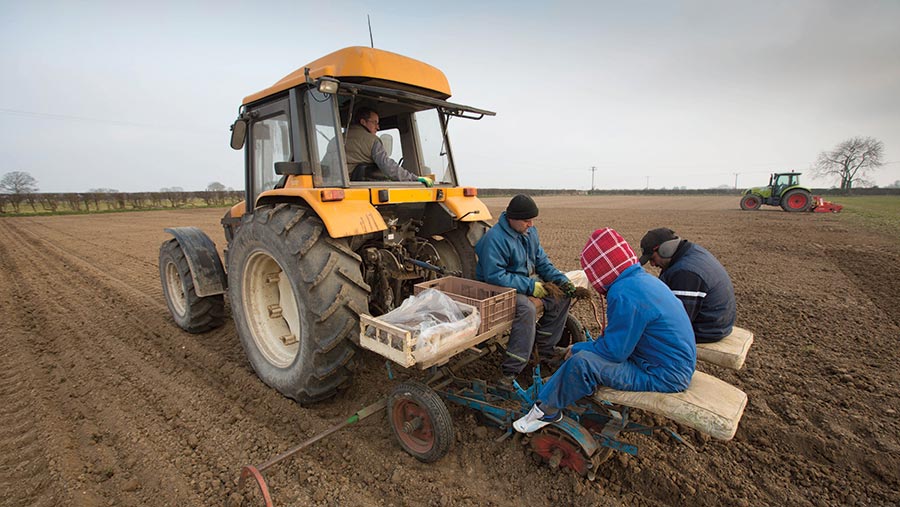 Speaking to Farmers Weekly ahead of her first ministerial visit to the Royal Highland Show on Friday (21 June), Ms Gougeon said the pilot scheme introduced by the UK Home Office was too limited in scope and should be extended.

Introduced earlier this year, the seasonal workers pilot scheme means fruit and vegetable farmers can employ up to 2,500 non-EU migrant workers for seasonal work for up to six months. But farm leaders argue that thousands more workers are needed.

Ms Gougeon said it was clear that Scotland’s food and farming sector was continuing to suffer labour shortages – including fish processors and soft fruit growers in her own constituency of Angus North and Mearns.

Farmers and the wider rural economy were heavily reliant on migrant workers, said Ms Gougeon. She added: “The pilot scheme that has been rolled out in terms of migration isn’t nearly enough of what we have in my own constituency – let alone the whole of Scotland.”

The Scottish government was trying to work with the UK government where it could, said Ms Gougeon. “We have tried to feed into that and really stress how important migration is for Scotland because we are absolutely dependent on it for our population growth.”

Farm leaders have also voiced frustration that the industry’s requirements for both seasonal and permanent workers are not being met. NFU Scotland recently raised the issue with Home Office officials and home secretary Sajid Javid.

The meeting followed a migration advisory committee report that excluded agricultural roles from its list of essential occupations to be filled by overseas workers. NFU Scotland described the report as misguided and a misrepresentation of the need for a non-UK workforce.

NFU Scotland president Andrew McCornick said: “This report does nothing to address existing or future post-Brexit labour requirements across a whole host of jobs and industries. That is hugely frustrating and disappointing.”

Former Defra minister George Eustice has suggested that the pilot should be turned into a fully operational scheme with up to 30,000 places next year. But the Home Office has said it will run until December 2020 before it is reviewed.