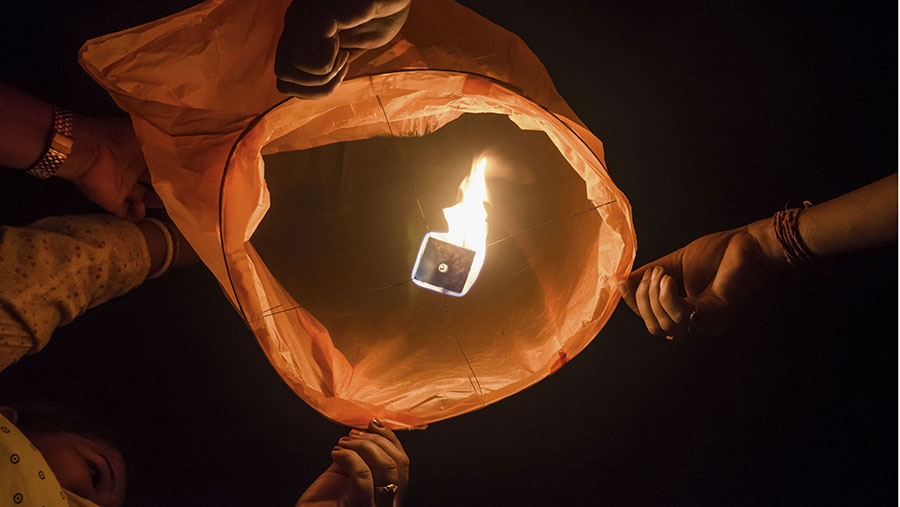 A company selling sky lanterns to raise funds for the NHS has halted its campaign after concerns over the damage the paper lanterns would inflict on the countryside.

Night Sky Lanterns was selling Union Jack lanterns for £6 and encouraging people to release them every Sunday night during the coronavirus crisis.

However, farmers, fire chiefs and MPs had all condemned the campaign, warning that burning debris from the lanterns could kill livestock and set fire to crops and buildings.

“Releasing a naked flame, with absolutely no control over where it will land, is a serious threat to rural businesses, livestock, wildlife and the environment,” he said.

“It’s good that the company has seen sense and decided to end the campaign, especially as there are much better ways to show support and appreciation for the invaluable work of the NHS.

“While this move is positive, we’ve been campaigning for a number of years for [sky lanterns] to be banned on safety and environmental grounds, and this now needs to be actioned more than ever.”

Hampshire fire chief Neil Odin told the Farmers Weekly podcast that people should not release the lanterns, which could cause widespread damage.

He said: “The idea of releasing sky lanterns with flames in them out into the night sky might seem attractive but it is so very dangerous.”

Brecon and Radnorshire MP Fay Jones said the lanterns were the last thing needed by farmers, who were working hard to feed the nation during the coronavirus crisis.

“Everybody should show their appreciation for the NHS. I just don’t think that setting off sky lanterns – with all the risk that it poses – is the right way to go about it.”