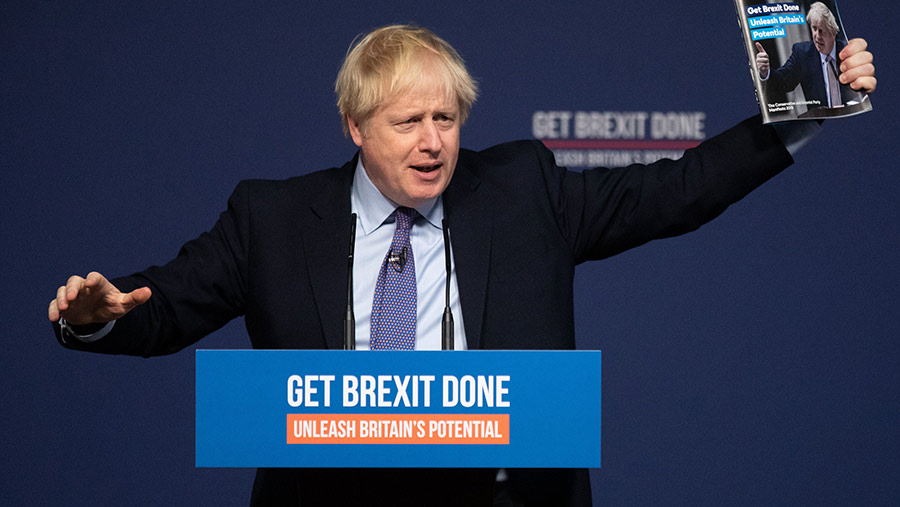 British farmers have an opportunity to “lead the world” in terms of quality food production, once Brexit is done and a new Conservative rural support policy is in place, according to the party’s election manifesto.

“Getting Brexit done will enable us to give new support to people in rural and coastal communities, and for our farming and fishing industries,” says the manifesto, published on Sunday (24 November).

It sets out a five-point post-Brexit deal for farming featuring:

The Tories have also promised to roll out gigabit broadband to every home and business in the country by 2025, with £5bn earmarked for this purpose.

And, with an extra 20,000 more police officers to be recruited, some of them should be available to tackle rural crime. Penalties for fly-tipping will be increased.

The manifesto also makes a big play of the Conservative Party’s environmental and climate change ambitions, including setting up an independent Office for Environmental Protection and a new £640m Nature for Climate Fund.

This will involve establishing legal targets for environmental delivery, as well as projects to restore peatlands and plant an extra 75,000 acres of trees. New National Parks and Areas of Outstanding Natural Beauty will be created.

New funding of £4bn will also be made available to improve flood defences, while fracking has been put on hold until scientific evidence shows it can be done safely.

Animal welfare also features, with the Conservatives promising tougher sentences for animal cruelty and “an end to excessively long journeys for slaughter and fattening”.

According to Tory leader Boris Johnson, the “cruel live shipment of animals” will be abolished by the next Conservative government, but there will be no attempt to change the Hunting Act.

The manifesto stresses the importance of free trade as the best way to “increase exports, cut prices for consumers, increase investment and create jobs”.