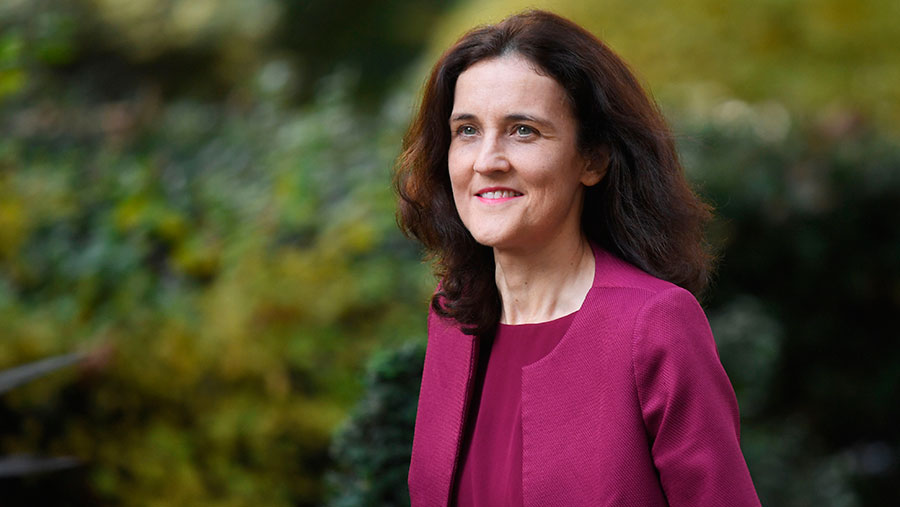 Defra has marked Theresa Villiers’ 100-day anniversary as head of the department by releasing a video on social media.

“From a landmark #EnvironmentBill, to strengthening #AnimalProtections and caring for our rivers and #oceans, watch this video to find out what we’ve achieved in the last 100 days,” proclaims a tweet accompanying the video.

See also: Theresa Villiers – what farmers want from her

The one minute 13 second film, which has quickly racked up thousands of views, claims Ms Villiers’ tenure in the top role has seen such achievements as “ensuring a stronger future for farming, making sure funding for farms is fairly allocated and supporting farmers affected by flooding”.

From a landmark #EnvironmentBill, to strengthening #AnimalProtections and caring for our rivers and #oceans, watch this video to find out what we've achieved in the last 100 days. pic.twitter.com/L274uXcIGr

Among the other aspects mentioned were “preparing for Brexit across the UK, microchipping cats to easily reunite them with their owners, and planting up to 1m new trees in Northumberland by 2024”.

The clip has raised eyebrows among farmers, however.

Leicestershire-based Joe Stanley said: “Farmers have heard nothing from the secretary of state for the past 100 days.”

Mr Stanley highlighted the issues caused by frequent changes at the top of Defra. “Four secretaries of state in the three years since the referendum, with Mr [Michael] Gove occupying fully two of those years. With the best will in the world – that’s utterly useless.”

Neale McQuistin, a livestock farmer in the southern uplands of Scotland, said: “I support many of the ambitions that Theresa Villiers has for our countryside, but she let herself down badly when she declared her wish to ban exports of live animals. There is absolutely no justification for doing that.”

Others noted the lack of reference in the promotional clip to agricultural productivity. “No mention of feeding people,” dairy farmer Rob Harrison posted on Twitter.