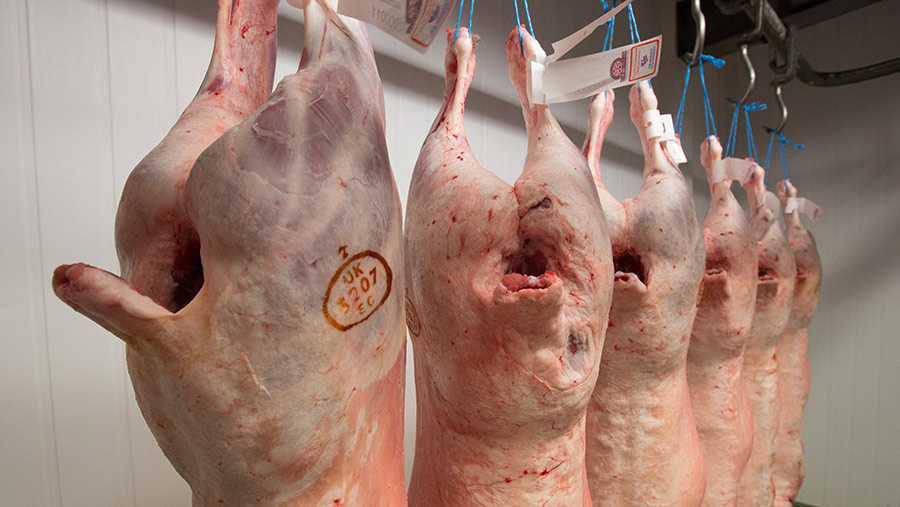 The installation of CCTV cameras should be made compulsory in all slaughterhouses in Wales, according to the Welsh Conservatives.

The party condemned the Labour-led Welsh government’s voluntary funding scheme to install cameras in abattoirs after just one application had successfully received a payment.

The Welsh Conservatives submitted a Freedom of Information (FOI) request to the Welsh government to ask how many businesses had applied for funding for slaughterhouses through the Food Business Investment Scheme.

See also: Small abattoirs: How farmers are fighting for their future

Eight applications were made for grants, of which four were to enable or upgrade CCTV systems to monitor animal welfare, the FOI request revealed. But to date, only one grant payment of £2,689 to install CCTV in a slaughterhouse has been paid.

The most recent publicly available statistics, published in 2016, showed that only eight of 23 operational slaughterhouses in Wales had any form of CCTV. These included the three largest sites in Wales.

The Welsh Conservatives’ shadow minister for rural affairs, Janet Finch-Saunders MS, said she was “dismayed” by the revelations.

“Plainly put, this [voluntary] approach has not only fallen short, it has failed,” she said.

“CCTV in slaughterhouses will ensure that mistreatment of animals is quickly detected and dealt with.

“Not only will this bring our legislation in line with England and Scotland, it will also provide reassurance to the public that high animal welfare standards are being maintained throughout Wales.”

In England and Scotland, CCTV surveillance is mandatory in all slaughterhouses where live animals are present.

The Welsh government said Wales has some of the highest animal welfare standards in the world and this issue is taken “very seriously” throughout the food chain, including at slaughterhouses.

“Our larger slaughterhouses, which process the vast majority of animals, already have CCTV and adhere to a protocol, jointly developed and agreed by the Food Standards Agency and industry bodies, to enable official veterinarians access to CCTV footage,” said a spokesperson.

“The minister has not ruled out the introduction of legislation to make CCTV mandatory. However, we are committed to working with slaughterhouse operators, in a supportive relationship, to achieve the same objective.