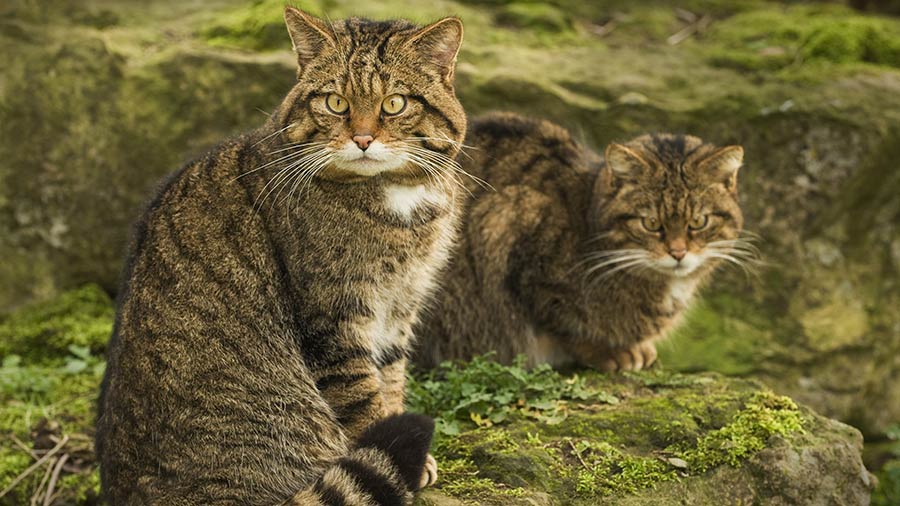 A group campaigning to save the Scottish wildcat wants official protection for a forest in Aberdeenshire as part of a conservation project to protect the critically endangered animals.

Wildcat Haven has claimed there are as few as 30 Scottish wildcats remaining, with at least 13 of those in the Clashindarroch Forest.

Wildcat Haven has submitted a request to NatureScot, formerly known as Scottish Natural Heritage, to designate the forest as a “site of special scientific interest”.

Dr Paul O’Donoghue, Wildcat Haven director, said: “The Clashindarroch is the best site in Scotland for the wildcat. The population we have found there is utterly priceless and offers great hope for the future of the species.”

But, responding to the claims, NatureScot said in a statement: “We have not been provided with any scientific evidence to support the claims of Wildcat Haven on the numbers of wildcats at Clashindarroch or more widely.

“Extensive research in the area by our partnership has found that the number of suspected wildcats at the site is low and genetic testing suggests that the majority are likely to be hybrids.

“We are working closely with FLS, which is undertaking careful management of the site to ensure protection of any wildcats present.”

Wildcat Haven launched a petition to stop the logging of the Clashindarroch and to make it a protected area. The petition has now been signed by more than 813,000 people.

Bob Carruth, NFU Scotland’s communications director, said: “As a supporter of the official body, the Scottish Wildcat Action forum, we have previously helped disseminate information on how to protect this iconic native species to our members in the priority areas identified for wildcats.

“We recognise that the species remains critically endangered and that plans through the Saving Wildcats project are under way to preserve the species. The farming community in release areas is keen to support these plans and identify how they can assist.”

In 2018, Defra adviser Ben Goldsmith suggested reintroducing wildcats to the English countryside and offered to bankroll the scheme himself.