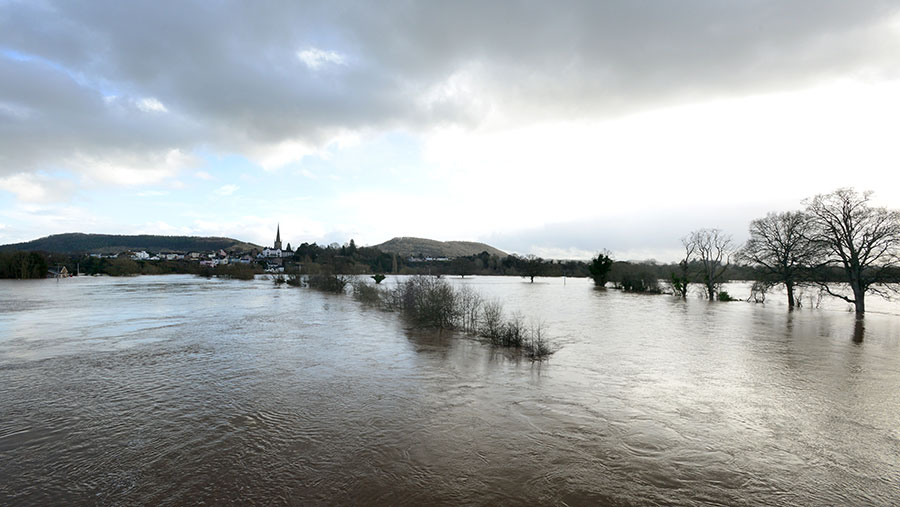 Farming charities are preparing for a big upturn in requests for help in the wake of Storms Ciara and Dennis.

The latest deluge will compound the practical, financial and emotional problems caused by the difficult autumn and winter, said Alison Twiddy, project manager at the Lincolnshire Rural Support Network (LRSN).

Recent downpours have left more farmers unable to get on the land, with last season’s crops still in the ground and drilling little more than a distant prospect for many.

“The impact of this on profit margins is significant,” she said. “Margins are tight and have been for some considerable length of time.

“There’s already the general worry about what the future is going to hold in terms of support payments and the whole uncertainty as regards Brexit and all the negotiations around that.

“If people are really struggling and don’t know which way to turn, particularly with regard to managing their mental health, there is help out there. A problem shared is a problem halved.”

The Royal Agricultural Benevolent Institution (Rabi) said it had released an initial £50,000 from its crisis fund to provide emergency grants to flood-hit farming families across England and Wales.

Alicia Chivers, Rabi CEO, said the funds would alleviate pressing financial worries, allowing farmers to concentrate on dealing with the immediate effects of the extreme weather.

Sam Conway, a spokesman for the Farming Community Network (FCN), said there was typically a gap between bad weather and helpline calls rising, but there was an immediate spike in the face of the “appalling” Storm Dennis weather.

“It’s been an incredibly challenging time for many in the farming community. This is having a significant effect on people’s wellbeing,” he said.

“Farmers always have to deal with fluctuating market prices and not knowing if they’re going to get a decent return, but this is a huge additional blow. It’s going to be really hard for them to find the time to deal with the clear-up, in tandem with all their other roles and responsibilities.”

As well as the effect on the bottom line, there will be an effect on people’s mental health, warned Mr Conway.

“Farmers are good at helping others, but they’re not always the best at looking after themselves. Everyone needs a helping hand from time to time, though.

“Even if you’re not in a dire situation, sometimes calling early and getting the practical help you need can avert a crisis.”

The Royal Scottish Agricultural Benevolent Institution (Rsabi) urged farmers and others to be vigilant for signs of stress, such as someone looking unusually dishevelled or perhaps drinking more alcohol than they would usually.

With the main lambing and calving season just around the corner, the charity is highlighting the importance of an open discussion about mental wellbeing.

More heavy rain on the way

The forecast for the next few days remains unsettled, although less severe, with the potential for gales, heavy rain and hill snow, according to the Met Office.

There is a heightened flood risk in parts of the Midlands. Flooding is possible along the Rivers Wye, Severn and lower Avon, as river levels remain especially high.

“Although the forecast for the next few days indicates that conditions won’t be as severe, any additional rainfall could create further challenges as river catchments are more likely to respond to extra rainfall more quickly.

The Environment Agency is urging people to check their flood risk online and remain prepared to take action as the situation changes.