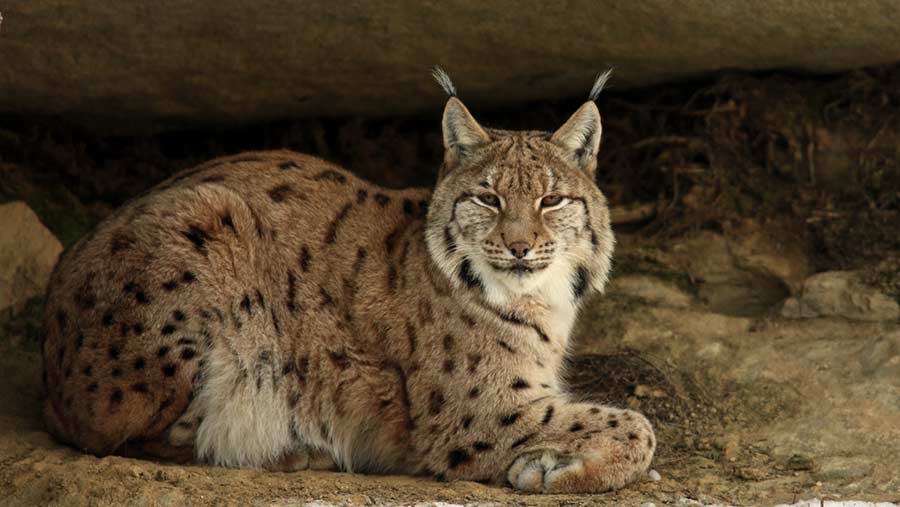 Groups representing farmers and landowners have expressed anger over plans to reintroduce the Eurasian Lynx to Kielder Forest.

Following a lengthy consultation, the Lynx UK Trust has identified the forest, which spans Northumberland and the Scottish Borders as their preferred site to trial the scheme.

NFU Scotland said the trust’s consultation had not been adequate.

“This most recent statement from the Lynx UK Trust is the latest in a line of brazen and presumptuous announcements from this organisation,” stated NFU Scotland vice-president, Rob Livesey.

“If the interests of farming and crofting could be put at risk, NFU Scotland will take all necessary steps to stop this from happening.”

Christopher Price, director of policy and advice for the Country Land & Business Association, was equally dissatisfied.

“The process of gathering independent evidence and consulting with landowners has not been convincing.”

He continued: “We are not against the principle of reintroducing the lynx to the UK, but we do not believe there is sufficient evidence at this stage to support a trial.”

When comparing the situation in Norway, which has a native population of some 350 lynx, Mr Price said UK farmers could face the predation of up to 4,000 sheep year, which could amount to £560,000 in compensation a year.

Lynx could bring benefits to economy

The trial area was selected from a shortlist of five potential locations, sighting it as being largely contained from sheep farming and possessing a low population density with few man-made barriers such as roads and railways.

“Kielder has continually stood out as a place where the lynx can flourish and bring huge benefits to the local community.”

The trust claimed the scheme would bring lucrative economic benefits to the region, with each lynx adding £15,000 gross value to the economic product of the region and will play a pivotal role in controlling an unchecked deer population overgrazing our forests.

The Eurasian lynx can grow to 110cm in length and 70cm in height and is the third largest predator in Europe behind the brown bear and wolf.