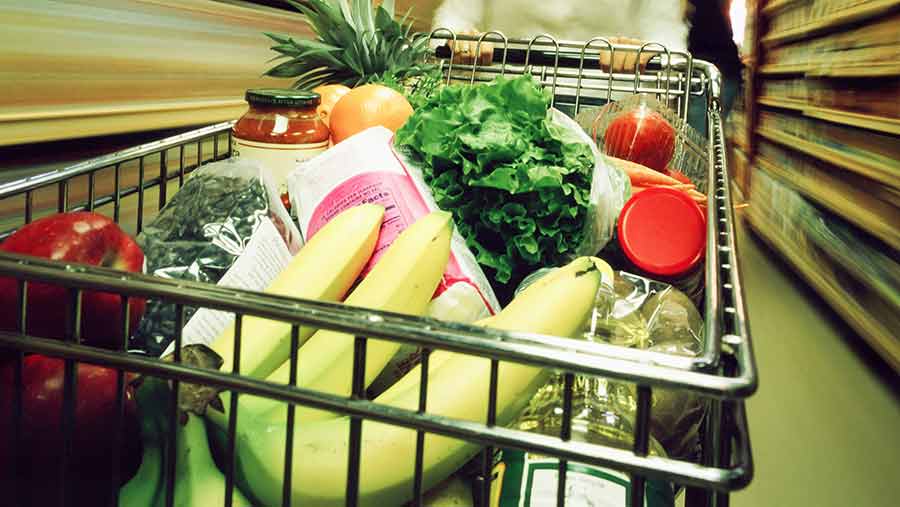 The average annual UK family shopping bill will rise by £786 if plant protection products are removed from farms, according to a new report.

Commissioned by the Crop Protection Association and written by agronomist Séan Rickard, a former chief economist for the NFU, the report says the cost of fresh fruit and vegetable would rise by more than £4 a week, an extra £226 a year.

On average, families with two children would have to pay almost £140 more each year for cereal-based products and a further £60 for fresh meats.

The average household bill for alcohol and eating out is projected to rise by some £92 per year.

Meanwhile, the average weekly grocery bill for a family of four would rise by more than £15 a week – £786 per year – without plant protection products, the report suggests.

The UN Food and Agriculture Organisation estimates that 26-40% of crop yields are lost to weeds, pests and diseases. Without plant protection products, it estimates these losses could double.

If farmers are denied access to these products, there will be a significant drop in global food production, and a subsequent hike in food prices and drop in food quality, the report says.

Mr Rickard said: “The removal of plant protection products would present a severe challenge to already hard-pressed households, exacerbate income inequalities and make healthy eating more expensive. Some of the largest increases in prices would be for vegetables and fruit.”

Source: Plant Protection Products: The value of their contribution to lowering UK household expenditure on food and drink