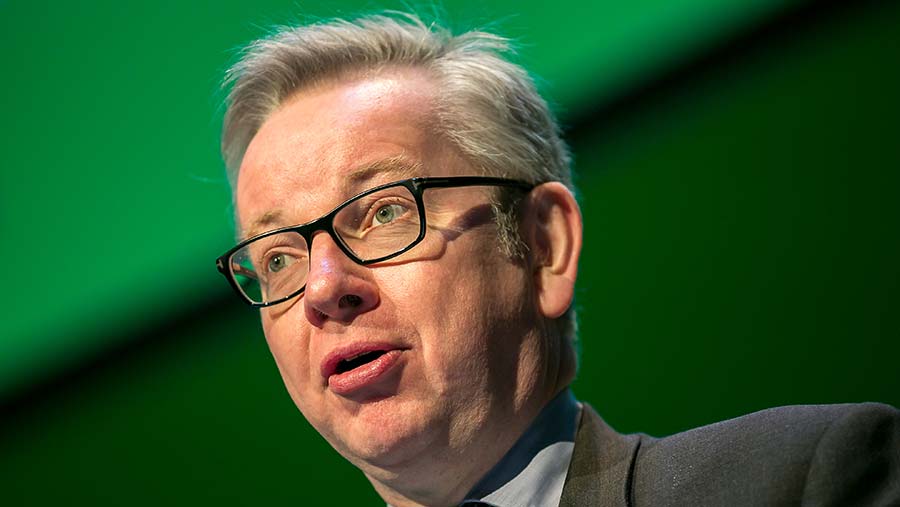 Government proposals to slash direct payments for the largest landowners could free up £150m for the environment and other public goods in the first year of the transition period after Brexit.

This is the stark message from Defra secretary Michael Gove as he launched a consultation on Tuesday (27 February), which seeks industry views to help shape the future of farming and the environment in England after Brexit.

The long-anticipated consultation paper is the pre-cursor to promised legislation that is required to manage the transition of the UK’s farming industry out of the EU and the Common Agricultural Policy. Its responses will shape a new Agriculture Bill, expected in the summer of 2018.

Defra has provided detail on how it sees post-Brexit support arrangements for farmers in England after the UK exits the European Union in March 2019.

But the Country, Land and Business Association (CLA) said it was disappointed that many unanswered questions remain.

Farm payments in 2019 will follow the existing model, and in line with the Conservative Party’s election manifesto, the government will commit the same cash total in funds for farm support until the end of this parliament in 2022.

The 10-week consultation sets out proposals for an “agricultural transition” lasting a number of years beyond the implementation period during which direct payments would continue, “providing stability and certainty for farmers as they prepare for the new system”.

It asks respondents for their views on exactly how long they think this transition should last.

The consultation, Health and Harmony: The Future for Food, Farming and the Environment in a Green Brexit, proposes phasing out direct payments and suggests a number of options, including progressive reductions to farmers’ payments.

Larger-scale farmers to lose out

Defra is proposing higher percentage reductions should be applied to amounts in higher payment bands, a cap to the largest payments, or a different cap or reduction to some payments.

The progressive reductions option could, in the first year of the agricultural transition, affect about 19,000 farmers (22% of recipients).

Both of these options could raise about £150m in the first year, Defra says.

The consultation seeks views on these options, and whether different threshold and reduction percentages could be adopted, as well as other options.

Mr Gove told the recent NFU conference the consultation is an opportunity for farmers to be more central to government thinking than any time for 50 years as the UK leaves the EU.

Launching the consultation, Mr Gove said: “As we leave the EU, we have a historic opportunity to deliver a farming policy which works for the whole industry.

“Today we are asking for the views of those who will be affected to make sure we get this right, so any future schemes reflect the reality of life for famers and food producers.

“The proposals in this paper set out a range of possible paths to a brighter future for farming.

“They are the beginning of a conversation, not a conclusion, and we want everyone who cares about the food we eat and the environment around us to contribute.”

The government’s proposals will see money redirected from direct payments under the CAP, which are based on the amount of land farmed, to a new system of paying farmers “public money for public goods” – principally their work to enhance the environment and invest in sustainable food production.

Other public goods that could be supported include investment in technology and skills to improve productivity, providing public access to farmland and the countryside, enhanced welfare standards for livestock and measures to support the resilience of rural and upland communities.

Responding to the announcement, CLA president Tim Breitmeyer said the consultation had left “open questions, few decisions and no answers”.

He added: “Our message is that in the short term only money that is clearly necessary for transitional measures should be taken out of the system, and no business, no matter how wealthy its owners are perceived to be, should face sudden and dramatic cuts.”

Helen Browing, chief executive of organic farming lobby the Soil Association, said: “There is much to welcome in this paper’s ambition for high standards of food quality and farm animal welfare, for improving soil health, tackling climate change and protecting the environment.

“We will be responding to the consultation with evidence of the vital role organic farming can play in achieving this.”

The RSPCA also said it was encouraged to see animal welfare playing such a significant part in the proposed Agriculture Bill.