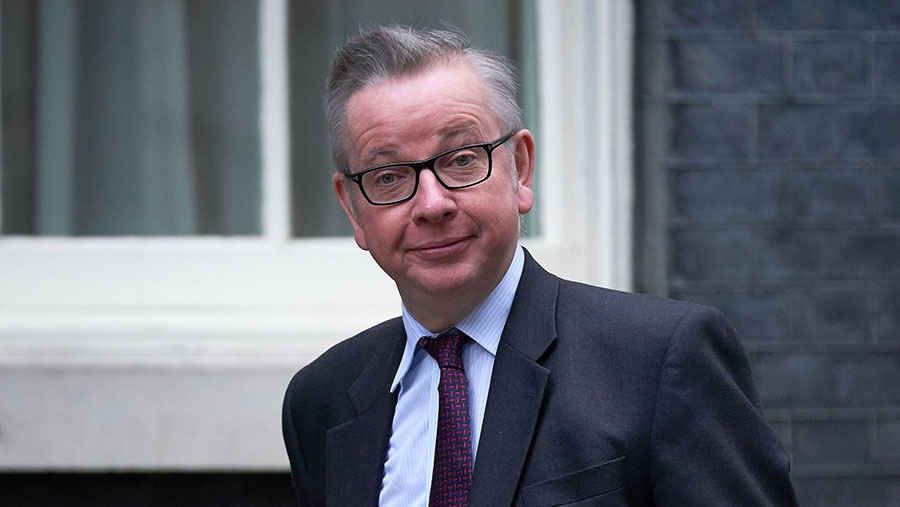 Proposals for a consultation on the new body, to hold government to account on environmental standards, were announced by Mr Gove on Sunday (12 November).

“We will deliver a green Brexit, where environmental standards are not only maintained, but enhanced,” he said.

Leaving the EU was an opportunity to put the environment at the heart of policymaking – maintaining and enhancing protection for landscapes, wildlife and natural assets, said Mr Gove.

The consultation – which will cover the specific powers and scope of the new body – is expected to be launched early next year.

Mr Gove said he wanted the new statutory body to advise and challenge government on environmental legislation – stepping in when needed to enforce standards.

He said: “We will consult on creating an independent body – encouraging transparency and preventing careless or irresponsible behaviour damaging our natural environment.”

The plan met a cautious welcome from industry leaders and environmental organisations.

Country Land and Business Association president Tim Breitmeyer said: “Brexit presents a major opportunity to do things much better and create more flexibility to tackle the environmental challenges we face in ways that are better suited to our specific circumstances.”

But reorganising the government’s environmental agencies was “only one part of the jigsaw”, he added.

“A new regulator will only be effective if there is a clear policy structure and long-term budget in place to fund land management and support farmers.

“It is the farmers, after all, who are the ones on the ground actually doing the work to deliver the environmental enhancements that everyone wants to see.”

Friends of the Earth chief executive Craig Bennett said the past five years had seen the government drastically cut funding for existing agencies and routinely flout environmental legislation. “We will be scrutinising very carefully,” he said.

Environmental decisions made in the UK are currently overseen by Brussels, which monitors targets, scrutinises new legislation and takes action against illegal behaviour.

It includes the “polluter pays principle”, which puts the onus on polluting individuals or businesses to pay to repair environmental damage.

Although this and other principles are already central to government environmental policy, they are not set out in one place other than the EU treaties.

In addition, the government would explore whether the devolved administrations in Scotland, Wales and Northern Ireland wished to take a different or similar approach.