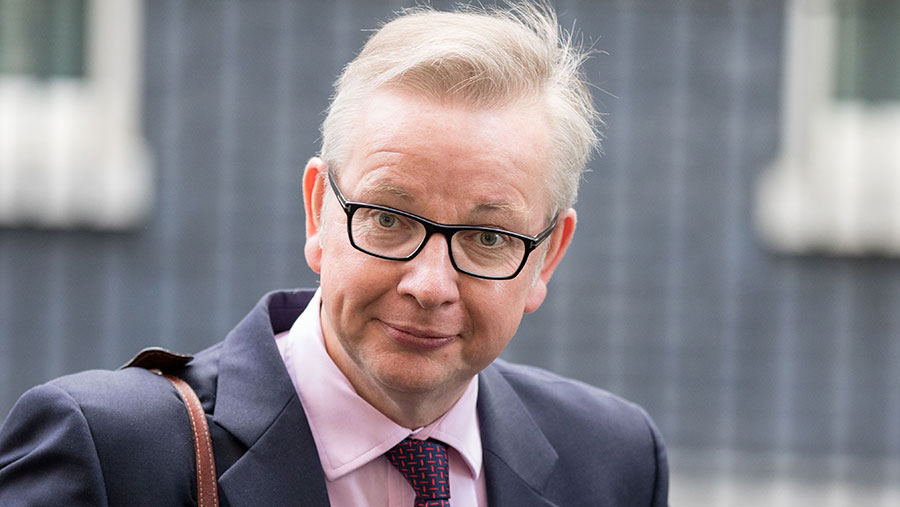 Anyone wanting to help shape the future of farm support in the UK post Brexit should speak up now, or risk their views being overshadowed by certain “vested interests”, Defra secretary Michael Gove has warned.

Addressing a farm policy workshop, co-hosted by Defra and green lobby group Sustain in London on Tuesday (10 April), Mr Gove stressed the importance of taking part in the ongoing Health and Harmony consultation.

Numbers were important in shaping policy, he stressed, referring to the recent consultation on trading ivory, which had attracted tens of thousands of responses.

“The fact there were so many people who responded and said ‘act now’ meant it was possible for us to say to some other people in government that we can’t delay any longer.”

Leaving the EU created a similar opportunity to devise a new agricultural policy.

The Defra secretary said he wanted an outcome that “reflects what the majority of people in this country want”, including higher environmental standards, healthier food and better animal welfare.

“The more you speak and join in, the less likely it is that the result of any consultation will be shaped by vested interests who have either the money, or the connections, or the power to imprint their agenda on the public,” said Mr Gove.

Asked who he had in mind, the Defra secretary denied he was referring to certain farming organisations.

“I did not have anyone in mind,” he said. “But I specifically wanted to ensure that the audience here, some of whom farm, some of whom have interest in public health or come at these issues from a variety of angles, feel that their views are valued.

“Sometimes people assume that the most powerful voices in any consultation will be those who have paid lobbyists. It is the quality of the argument that counts.”

Mr Gove was also challenged on his plan to start limiting payments to larger farmers from 2020, as a means of reallocating funds towards environmental management schemes and other public goods.

“My argument is that BPS should be capped, but there shouldn’t be any cap on the amount that someone receives for generating public goods,” he said.

“So if you are a major landowner, and you’re producing public benefits, including environmental benefits, then you should be paid for the production of those benefits.

“But it is very difficult to defend simply paying people on the basis of hectares they have in productive agricultural use.”

Farmers can make their voices heard by attending one of a number of regional meetings being organised by the NFU – details can be found on the NFU’s website.

Alternatively, email your views to the NFU’s Brexit team at Brexit@nfu.org.uk by 27 April, or email Defra at agricultureconsultation@defra.gsi.gov.uk.