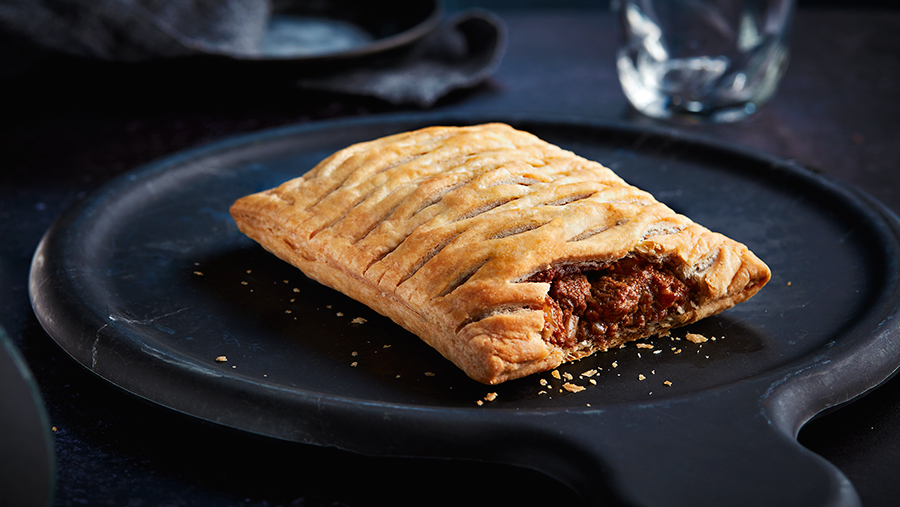 Greggs has been accused by farmers of misleading consumers after it launched a vegan version of its steak bake, but kept the word “steak” in the product’s description.

The new meatless version of the bakery chain’s steak bake has been launched to coincide with the start of Veganuary, a month-long campaign to encourage people to switch to plant-based diets.

It follows the launch of Greggs’ vegan sausage roll which hit the company’s 2,000 outlets last January.

Greggs says its new vegan steak bake has been “designed to mirror some of the original steak bake’s classic features, including 96 layers of light and crisp puff pastry”. Unlike the original version, however, the filling features pieces of meat-substitute Quorn, along with diced onions in gravy.

But farmers stressed that the vegan steak bake is misleading as it uses the word “steak” in its description, although it does not contain any meat.

Welsh hill farmer Gareth Wyn Jones said: “It’s just more processed crap, to be honest. I don’t have a problem with people having different diets, but using the word ‘steak’ is a bit misleading.

“Why couldn’t they have called it a Quorn bake? France has voted to ban the use of meat-like terms to describe vegan or veggie products. Companies like Greggs should be setting the standards and not be using words like steak to describe meat-free products.”

Somerset beef farmer James Winslade said: “Greggs are just jumping on the vegan bandwagon and cashing in while they can.

“But I would question the carbon footprint of a lot of these vegan products and all the processing that goes into manufacturing them.

“Somerset beef is reared on grass. Mine is homebred. The cattle are grass-fed and the pasture absorbs the carbon from the atmosphere. The animals are then taken to an abattoir four miles away. What could be more sustainable than that?

“Whereas a lot of the vegan foods are laced with palm oil that is responsible for mass deforestation in countries such as Brazil.”

And Mr Morgan has vented his frustration again about Greggs’ latest vegan product launch. “A meatless steak is not a bloody steak,” he said on Twitter.

A ‘meatless’ steak is not a bloody steak. https://t.co/PxEX5T3cKg