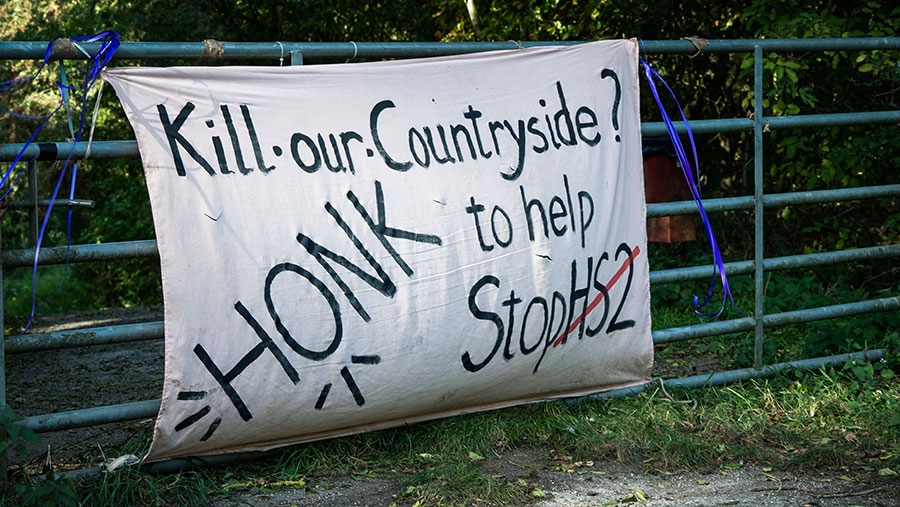 HS2, the company building a highspeed rail link from London to Birmingham, has been told to apologise to a Staffordshire farmer for its poor handling of a compensation claim, and to improve its approach to handling future complaints.

In a strongly worded report, the parliamentary and health service ombudsman (PHSO), Rob Behrens, refers to HS2’s dealings with the farmers – referred to as Mr and Mrs D from the Lichfield area – as “dishonest, misleading and inconsistent”.

He also says the company failed to follow its own processes with regards to the compulsory purchase of their property, leading to a breakdown of trust.

“This caused them severe stress and worry, which impacted on their health and family life for more than four years.”

In particular, the report points to disputes over the price Mr and Mrs D would receive for the compulsory purchase of their property, arrangements for repeat surveys and negotiations over a business loss claim.

The ombudsman added that it was “unacceptable” that HS2 had not moved on since a 2015 PHSO report, which raised similar concerns about poor communication and lack of engagement with communities.

As such, the PHSO has issued new recommendations, including that HS2 formally apologises to Mr and Mrs D, that it publishes the learning from this case, and that it takes steps to improve its complaint-handling approach.

But the Country Land and Business Association (CLA) has demanded the government goes further and establishes an independent body to deal with complaints and hold HS2 accountable.

“We have long argued that HS2 needs to improve its communication, and provide swift compensation to farmers whose land has been bought under compulsory purchase,” said CLA chief surveyor Andrew Shirley.

“Unfortunately, this is seldom the case. Too little attention is paid to those whose homes and livelihoods are threatened by the scheme – the financial impact and prolonged emotional pressure of which are unimaginable.”

The NFU said the new report “threw into sharp focus” what many farming families on the HS2 route have to endure “day in, day out”.

NFU deputy president Stuart Roberts said: “As found in this report, our members would be in a more informed position earlier if HS2 responded to concerns over compensation claims sooner.

“The NFU has been asking for some time now for HS2 to address injurious affection claims (relating to depreciation in the value of any retained land) and produce habitat mitigation management agreements so that farmers can make decisions on whether they want to retain ownership or have the land purchased permanently by HS2.

“This choice must be available now to those farmers on Phase 2a of the route.”

What HS2 has to say

In a statement, HS2 said it accepted the report’s recommendations, but suggested it focused on “historic issues relating to an individual property case from 2017”.

“In the four years since this review commenced, there have been significant changes to HS2 Ltd, our responsiveness, and the complaints-handling approach,” it said.

This included recruiting a fully operational community engagement team of more than 100 staff, and the establishing of a new helpdesk team.

“HS2 Ltd endeavours to treat every land and property case with respect and compassion, while also recognising our obligations to spend taxpayers’ money appropriately when agreeing compensation,” it added.