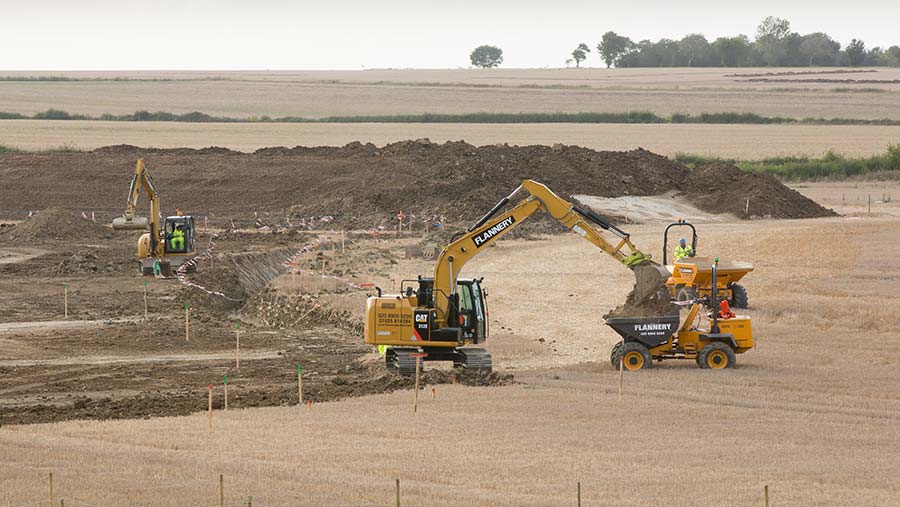 Farmers across the UK are being plagued by authorities taking ownership of their land under hard-to-contest compulsory purchase orders.

Despite being forced to sell land, give up businesses and temporarily forgo ownership, months and years can pass without landowners seeing a penny of compensation.

What is a compulsory purchase order?

A compulsory purchase order (CPO) is a legal function in the United Kingdom and Ireland that allows certain bodies which need to obtain land or property to do so without the consent of the owner.

Despite rules stating that 90% of the compulsory purchase price should be paid upfront, there have been reports of farmers waiting up to 10 years for payments.

There is also an issue with low land value estimates. Even when landowners’ compensation is agreed, the interest which authorities use is at half a percentage point below the base rate – reducing the incentive for them to pay up.

Earlier this year the government rowed back on a commitment to raising the rate to eight points above base.

How is compensation calculated?

The compensation calculations are complex, as landowners can claim for the price of the land, plus severance (where a farm is split into multiple plots rather than one, and so is worth less) and injurious affection (injury to property because of development, such as  disruption during the build).

However, once the compensation is calculated and agreed between parties, there is little incentive for the authority to pay, as the current interest rate paid on compensation to the landowner is set at half a point below the base rate, which is currently 0.75%.

The CLA is pushing for a new rate eight percentage points above base rate (ie 8.75%) for compensation that should have been paid in advance and two points above the base rate for anything else. 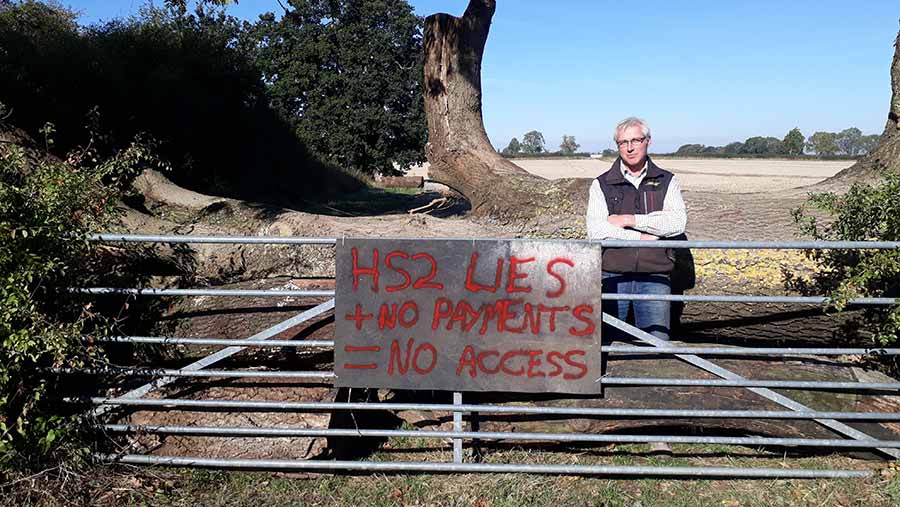 Landowners can take disputes to the Upper Tribunal Lands Chamber, where specialist lawyers are appointed to make verdicts.

However, the costs are substantial and if the farmer loses, they may also have to pay the government’s costs.

Those considering blocking the developers’ access to their land may face a “sheriff’s warrant”, where the acquiring authority issues a warrant to an enforcement officer to deliver possession.

The costs of this process are then recoverable from the landowner, often deducted from their compensation.

“You will need to prove what they are doing was outside their powers or illegal.”

Compulsory purchase orders (CPO) are often thought to affect only landowners, but tenant farmers are also involved and have specific rights and remedies available when facing an acquiring authority using CPO powers.

Before any CPO is confirmed, tenant farmers can, along with others, comment upon or raise objections to any draft orders.

Also, where there is an unexpired term of three years or more, a tenant can compel an acquiring authority to purchase their interest in the property, if it has been identified for compulsory purchase, as a remedy to what is known as “blight”.

Continuing tenants on land selected for compulsory purchase may be affected by any survey work carried out and ultimately end up losing access to the land through their tenancy agreement once the order is confirmed.

This would occur by the acquiring authority serving a notice to treat followed by a notice of entry or a general vesting declaration.

Following confirmation of the CPO, the acquiring authority will serve notices to treat on all interests in the land which are greater than year-to-year.

This will include all fixed-term tenancies over a year, including farm business tenancies, but will exclude most holdings let under the Agricultural Holdings Act 1986, which are legally tenancies let on a year-to-year basis.

While a notice to treat would be the normal trigger for starting a claim for compensation, for year-to-year leases the acquiring authority can either serve a Case B notice to quit under the 1986 Act or serve a notice of entry.

Statutory compensation under a Case B notice to quit will be a maximum of six times the rent payable by the tenant in addition to any compensation for other end-of-tenancy matters.

However, compensation under the notice of entry provisions is usually more generous, as it takes into consideration the value of the tenant’s interest.

Tenants can elect for their compensation to be determined under the notice of entry provisions.

A specific tactic for tenant farmers to watch out for is where the acquiring authority takes the freehold or head lease of the property, enabling it to use the notice to quit provisions under the terms of the tenancy and the underpinning tenancy legislation.

In all cases, tenants who may be about to be affected by a CPO should seek professional advice as soon as possible.