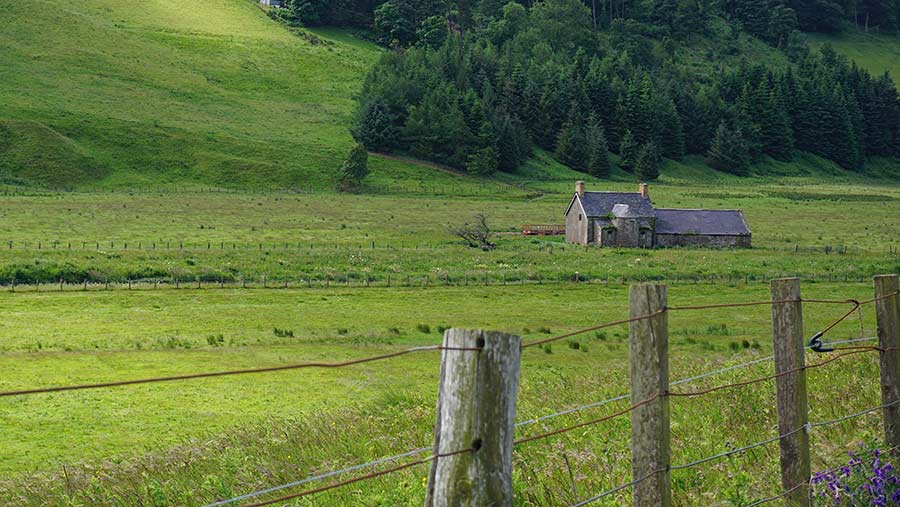 Most tenant farmers in Scotland are satisfied with the way rent reviews are carried out for farm business tenancies, according to new research.

The survey, carried out by Research Resource on behalf of the Scottish government, aimed to inform policymakers how best to reform the current rent review process.

All tenant farmers in Scotland were invited to take part and a total of 1,205 responses were received, representing a 20% response rate from the Scottish tenant farmer population.

See also: Scotland’s land reform: What has changed for farmers?

Some 82% of tenants said they represented themselves throughout the rent review process and did not seek the help of an agent.

NFU Scotland said the findings suggested that there was a positive platform around which improvements could be built to improve the process.

However, the union expressed concern that almost two-thirds (64%) indicated they were not very familiar with or unaware of the current rent review legislation, which it said highlighted the need for stronger communication.

NFU Scotland head of policy team Gemma Cooper said rent reviews had long been a “bone of contention” for tenant farmers, so it was positive to see that most respondents reported that they were satisfied with the process.

But she added: “It is crucial that all parties in any rent review process have the right level of knowledge to allow them to make informed decisions.

“The results noted a direct link between familiarity with the process and satisfaction with the process, which underlines the need for industry to work jointly together to raise awareness.”

The Scottish Tenant Farmers Association (STFA) said the high level of a lack of awareness of the current rent review legislation suggested that it was not being used to set the majority of farm rents.

STFA chairman Christopher Nicholson said: “While many tenants and landlords will review rents amicably without reference to or even knowledge of the rent review legislation, it is vital to have a fair and workable rent test enshrined in law as the backstop position should disputes arise.”

The STFA said it was clear from the survey that where there were disputes and tenants required professional assistance from agents, the satisfaction level was very low (24%).

“It is these cases, where parties have engaged agents to resolve a rent dispute, which are often required to resort to the current rent review legislation which serves as a backstop position,” said Mr Nicholson.

The Land Reform (Scotland) Act 2016 brought forward a number of legal changes to agricultural holdings legislation. One element was to introduce a new process of undertaking rent reviews.

A code of practice (PDF) on conducting rent reviews has been issued by Scotland’s Tenant Farming Commissioner, outlining guidelines that should be followed to ensure that landlords and tenants reach agreements on rent in a fair and transparent manner.