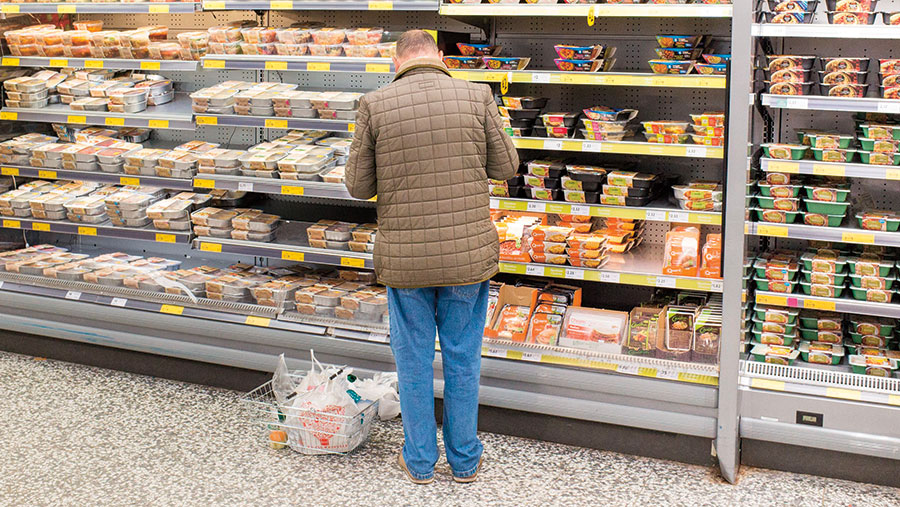 MPs have called for a government fund to prepare farmers for Brexit.

The recommendation is contained in a report called Brexit: Trade in Food, published by the Environment, Food and Rural Affairs Committee.

It says the government should consider creating a fund to support the UK’s agricultural sector as it adapts to the post-Brexit environment.

The document also includes calls for an impact analysis on each agricultural sector and warns the government against trading off farming interests in favour of deals for other industries.

The EU is the UK’s most significant trading partner and there is no guarantee that a free trade agreement will be reached, says the report.

It says: “Government needs to support British farming and agriculture in preparing for business post-Brexit.

“Defra should consider providing a fund to support our food producing industry to adapt effectively to the challenge ahead.”

In the event of no trade deal being reached between the UK and EU, reverting to WTO tariffs would have a significant impact on agriculture, says the report.

This is because tariffs are higher for agricultural products than for other goods and services.

Farmers need clarity on the government’s long-term vision, it adds.

“When setting UK tariffs at the WTO, the government should understand that removing tariffs could put many UK farmers out of business and render the UK dependent on imported food.”

The first step in this process was to create an analysis of each farming sector before bringing the Agriculture Bill before Parliament later this year, he said.

Mr Parish said: “UK agriculture will need to adapt to the changed trading circumstances following Brexit, so the government should consider putting funding in place to enable farmers to do so.

“It is crucial that the government takes positive political action towards new trading relationships as a matter of priority.

“We should under no circumstances compromise on our world-renowned animal welfare, environmental, and food standards.

“Brexit should be an opportunity to improve, not undermine, our global reputation for quality.”

The government will formally respond to the report in due course. But the report’s call for a government Brexit fund has already met a mixed response.

Newport West MP Paul Flynn, who is a member of the Efra committee, said he opposed the recommendation, describing it as “overkill”.

Mr Flynn said: “Savings can be made by ending the income support for millionaires or billionaires in England who are only landowners – producing no food.”

Money saved could be used to help keep smaller farmers sustainable, he added.

But CLA president Tim Breitmeyer said the committee was right to signal the importance of transitional financial support for the farming sector.

Mr Breitmeyer said: “Brexit will bring fundamental changes to farming, many of which are necessary and will benefit everyone in the long term.

“However a planned transition can help to avoid unnecessary and damaging shocks that would see farmers losing their livelihoods and with no capacity to adjust.”