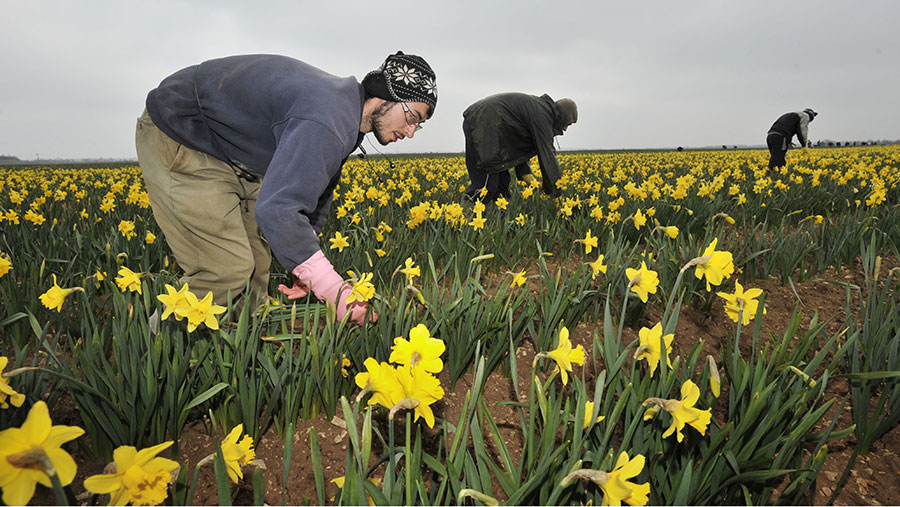 MPs have criticised ministers for a lack of urgency in putting a new Seasonal Agricultural Workers Scheme (Saws) in place, warning the agricultural industry is reaching crisis point due to labour shortages.

The Environment, Food and Rural Affairs Committee urged Defra and the Home Office to end the uncertainty farmers are facing about whether they will have enough labour to pick and pack UK-grown fruit and vegetables post Brexit.

The warning comes just days after a report warned almost half of Scottish horticulture businesses fear they will have to downsize if they lose access to migrant labour once the UK leaves the EU.

The committee, whose remit includes scrutinising the work of government departments, took evidence from Caroline Nokes, immigration minister at the Home Office and farming minister George Eustice on Wednesday (28 March).

During the session the ministers acknowledged there had been gaps in labour availability during 2017 and the industry had put forward a strong argument for the introduction of new Saws arrangements.

But they refused to confirm when a scheme might be announced, despite accusations they were being evasive during repeated attempts by committee members to extract a date from them.

Ms Nokes said she believed in evidence-based policy making and as such she wanted to wait until she had seen the conclusions of the Migration Advisory Committee, which was due to submit its final report in September.

The government was thinking “very closely” and “intensively” about the reintroduction of Saws, she said. “But I am not going to be drawn and pushed on a date.”

MPs pointed out that there appeared to be mixed messages between government departments as Defra secretary of state Michael Gove had told the NFU Conference the industry had put forward a compelling argument for a Saws and indicated the government would be saying more on the issue “shortly”.

But Mr Eustice denied this was an example of mixed messages, suggesting that “shortly is a flexible term”.

Both ministers suggested once a decision had been reached, a scheme could be implemented within months.

Following the session, committee chairman Neil Parish said the committee had been left with little confidence that real action was being taken to resolve the problem of labour shortages and warned if the industry was forced to wait until 2020 for a Saws scheme to be put in place it would be too late.

“The agricultural industry is reaching a crisis point,” he said.

“The UK’s food and agricultural sectors are hugely reliant on foreign labour.

“This is unsustainable, food has been left to rot in the ground this year due to labour shortages.”

Mr Parish said there had clearly been a breakdown in communication between Defra and the Home Office over the scheme.

“In February, Michael Gove has stated an announcement over Saws would be made ‘shortly’, but today we have heard that it is unlikely to happen in 2018. This is simply not good enough.

“The Home Office and Defra should take the Saws seriously, and action should be taken at the earliest possible moment.

“The government is consulting widely, but now is the time for action not more reports.”

What is the Seasonal Agricultural Workers Scheme?

The Seasonal Agricultural Workers Scheme (Saws) was closed in 2013, after operating for more than 60 years.

It set an annual quota which allowed a set number of overseas workers to enter the UK under a temporary visa.

They were allowed to carry out seasonal work on farms for a period of up to six months.