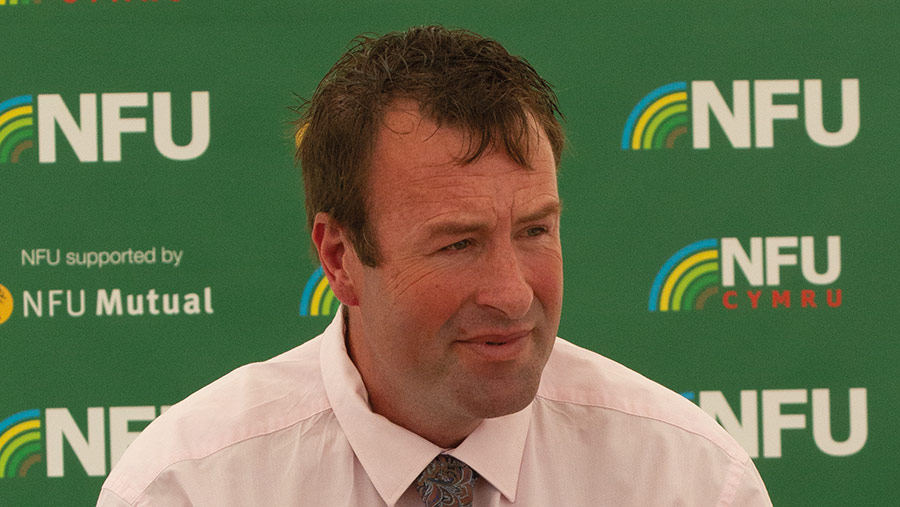 NFU deputy president Stuart Roberts is to stand down after four years as a union officeholder.

In a letter to NFU council members, Mr Roberts told the union’s ruling body he “will not be seeking any nominations in the next round of NFU elections”.

Due to take place in February 2022, the elections will decide the three positions of NFU president, deputy president and vice-president for the next two years.

In the letter, he wrote: “As vice- and deputy president, I have found my tenure to be in equal parts demanding, rewarding, enjoyable and – at times – frustrating.”

Mr Roberts said farmers faced challenges “like never before and must balance a host of ever-changing and competing priorities”.

He said he was “proud of the progress the NFU has made in telling farming’s story as consumers and governments ask more of the people who feed our nation”.

But Mr Roberts said he was less satisfied with “our lack of progress in addressing farming’s poor record on health and safety”.

He said: “Despite huge efforts, we are yet to see the fundamental culture shift needed to prevent the catastrophic injuries and loss of life we see every week in our industry.”

Agriculture has the worst fatality rate of all the main UK industry sectors – some 20 times higher than the all-industry rate.

The death toll is such that almost one person a week loses their life on a UK farm, according to Health and Safety Executive statistics.

Mr Roberts said: “There are no shortcuts: we must redouble our efforts if we are to make impactful, long-term change.”

Paying tribute to NFU council members, Mr Roberts said had also been a pleasure to work with NFU officeholders past and present.

But Mr Roberts said it was time to move on.

“Ultimately, exciting opportunities both personally and in my business have clarified that it is time to encourage others to step forward and lead,” he added.