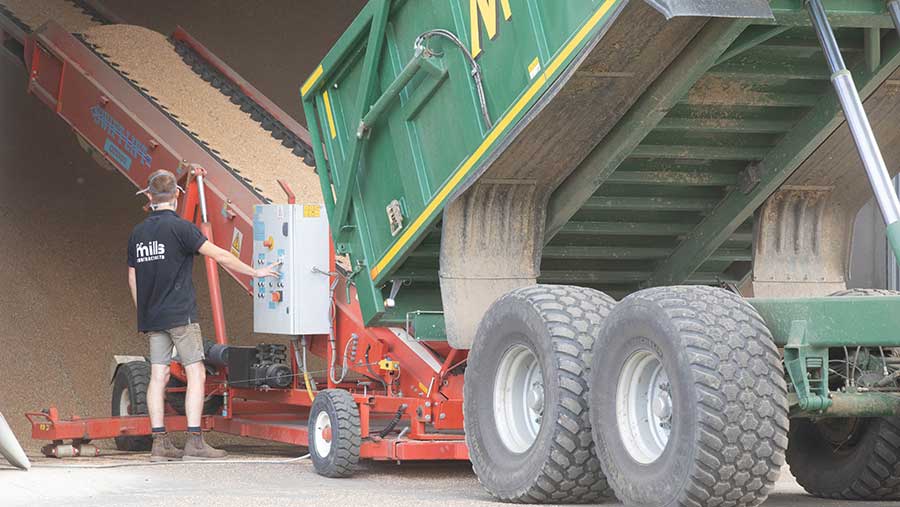 Red Tractor needs to do more to demonstrate its value at the farm gate, particularly in the cereals sector, the NFU has warned in its response to the assurance scheme’s consultation on standards.

Launched at the start of the year, the review was intended to gauge industry reaction to Red Tractor’s plans for updating standards in relation to animal welfare, workers’ rights and environmental protection.

But it triggered a wider debate about the cost of the scheme to individual farmers, the bureaucracy involved in meeting the required standards, and the perceived lack of any premium from the market place.

Cereal growers were especially aggrieved that their Red Tractor assured grain is routinely mixed with imported grain which does not meet the same standards, yet most bakery products do not display the Red Tractor logo and do not deliver a measurable premium.

The consultation closed last Friday (5 March) and in its response, the NFU has called for a “fresh approach”, highlighting how in some sectors an imbalance exists between the production standards expected of UK farmers and those required of imports.

“In the arable sector, for example, where there is limited use of the Red Tractor logo on end products, members are concerned that the high standards delivered domestically are undermined by imports competing in the same market,” said NFU deputy president Stuart Roberts.

“This hypocrisy weakens the integrity of standards and burdens farmers with extra cost.

“There needs to be more transparency about what standards the supply chains are asking for and whether these can be matched by imported product.”

Commenting on the NFU’s response, Staffordshire farmer Clive Bailye – one of the most vocal critics of Red Tractor – said it was clear the organisation had finally listened to the concerns of grassroots farmers.

“This is the first time in my farming career where I’ve seen farmer dissatisfaction, expressed via the medium of social media and all the farmer meetings that have gone on, actually agree that something must not be allowed to continue unchecked.

“It has restored my faith in farmers to actually stand up for themselves, saying ‘no, you’re not going to have more conditions. Some of them actually need pulling back a bit, to give us more equality to the imports’.”

Red Tractor said it had received record feedback to its consultation and would be reviewing all responses in a systematic way.

“As a member of the ownership body for Red Tractor, the NFU knows that the core purpose was, and continues to be, for the scheme to provide vital confidence to shoppers that the food and drink has been responsibly produced and carefully farmed,” the organisation said in a statement.

“There is a crucial tension in the development of our standards, to deliver for consumers, retailers and end users, whilst ensuring that they are practical and deliverable on farm for our members.

“This dynamism is vital to provide the market access and vibrant future for British farming.”

The NFU remains broadly supportive of Red Tractor, describing it as “the bedrock of UK agriculture”.

Mr Roberts said: “Continued support for the Red Tractor assurance scheme will be crucial not just at home but, as new trade deals are developed, it will also help to bolster ‘Brand Britain’ as we take British food to new, global markets.”

However, it needed to show it was listening and provide confidence to farmers that new standards were “outcome focused”, not just a tick-box exercise.