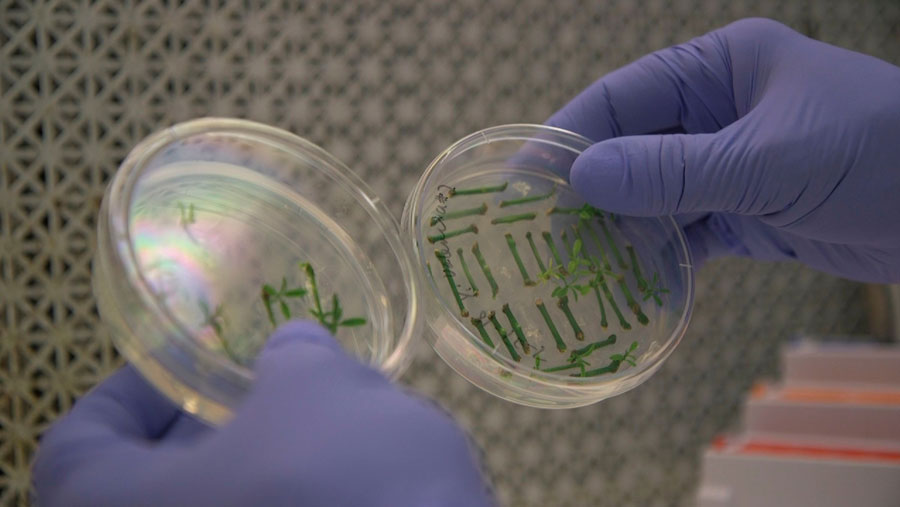 Urgent discussions are needed with EU member states and the rest of the supply chain to ensure liberalising the use of gene editing in plant and livestock breeding does not have unforeseen market consequences, the NFU says.

The warning is contained in the union’s response to the Defra consultation on gene editing, which closed on Wednesday (17 March).

Defra is seeking to break free from the restrictive approach taken by Brussels and allow gene editing (which involves tweaking the DNA within an organism) to be treated differently to genetic modification (which involves introducing DNA from another organism).

This would pave the way for gene-edited crops to be grown commercially in England.

The NFU is generally positive towards the technology. “We believe gene editing could help address pest and disease pressures in our crops and livestock, increase resilience in the event of extreme weather, as well as reducing our impact on the environment through a more efficient use of resources,” said vice-president Tom Bradshaw.

“This would support our ambitions to become ‘net zero’ by 2040, allowing farmers to farm sustainably and profitably.”

But he added it was “vital” that the UK is still able to trade with the EU and that the internal UK market remains functional should England take a different approach to the devolved regions.

“Government must analyse the implications and discuss the issues in detail with its counterparts in other countries, as well as with all parts of the UK supply chain, as a matter of urgency,” said Mr Bradshaw.

“We hope that George Eustice will think again about his plans for sweeping deregulation that would disrupt trade, the devolution settlements, and our ability to find effective, sustainable solutions to the problems in UK food and farming,” said GM Freeze director Liz O’Neil.

She claimed that “all forms of genetic engineering are prone to errors”, while gene editing would  create the same chemical-dependent crops as GM. Consumers were “firmly opposed” to any weakening of regulatory safeguards, Ms O’Neil added.

The Soil Association had similar reservations, suggesting that while technological innovation offered many opportunities for the food and farming sector, gene editing was not the place to start.

“We think gene editing is highly speculative and will divert vital investment and attention from farmer-driven action and research which could be yielding results right now,” said head of farming policy, Gareth Morgan.

“There needs to be an immediate focus on how to restore exhausted soils, improve diversity in cropping, integrate livestock into rotations and reduce dependence on synthetic nitrogen and pesticides.

“Farmers are ready to make immediate progress in these areas and we are disappointed that the government is using Brexit and this rushed consultation to pursue a deregulatory agenda for genetic modification.”