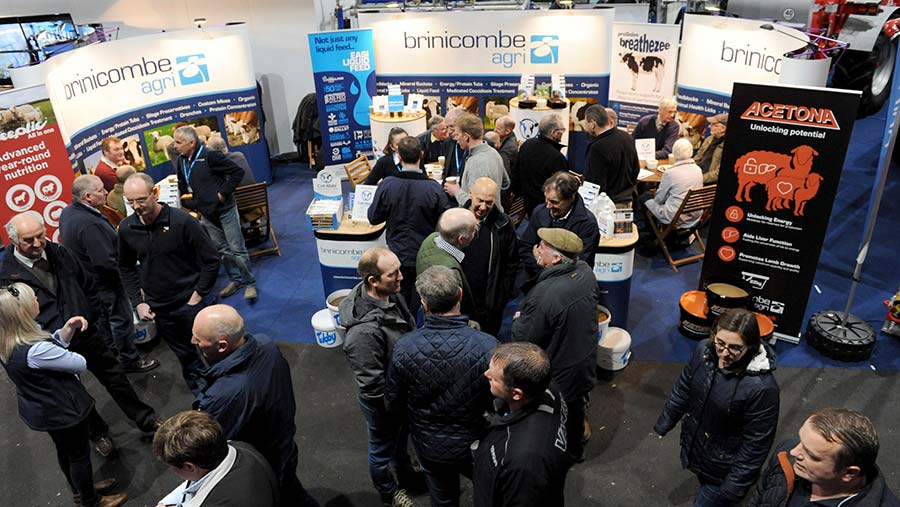 Two key farming events have been hit by the Covid-19 pandemic as cases of the Omicron variant continue to mount.

Both one-day events, Agriscot and Dairy-Tech, were scheduled to take place in February. But concern over the disease spread and restrictions on gatherings have taken their toll.

AgriScot had been due to take place on 9 February after it was postponed from its usual calendar slot in November last year.

But any hope that the event could be rescheduled for the spring were ruled out because the show site at Ingliston, Edinburgh, is being used as a Covid vaccination centre.

Organisers said they had no option but to cancel the show and to revert to a mid-November date instead.

It will now take place on 16 November 2022, according to organisers.

Dairy-Tech, which was originally planned for 2 February, will be postponed by two months.

The new date for the show at Stoneleigh, Warwickshire, is 7 April 2022.

The event’s organiser, the Royal Association of British Dairy Farmers, said it had to prioritise the health and safety of visitors and exhibitors.

Managing director Matt Knight said: “Due to the unprecedented number of coronavirus cases over the past few weeks, we feel the best and most responsible option is to postpone the event until later in the year.

“By April, the hope is more people will have received their booster jab and levels of coronavirus will be lower.

“The event on 7 April will also be before silaging starts, making it more accessible for farmers attending,” he said.

The event was cancelled last year, and Mr Knight said Dairy-Tech 2022 would be one of the largest to date, with more than 80 new product launches and almost 300 exhibitors.

Robert Neill, the chairman of the AgriScot board, said the decision to drop the February date was to protect the health and safety of showgoers.

In a statement Mr Neill said the health and safety of all involved in AgriScot, from visitors to organisers, to trade-stand staff, was the board’s top priority.

“That said, it was with huge disappointment and heavy hearts that we made the decision to cancel the February event.

“Current restrictions for indoor gatherings in Scotland mean that we would not be able to proceed,” Mr Neill said.

He added that the AgriScot Farm of the Year Awards and the Business Skills Award would still go ahead.