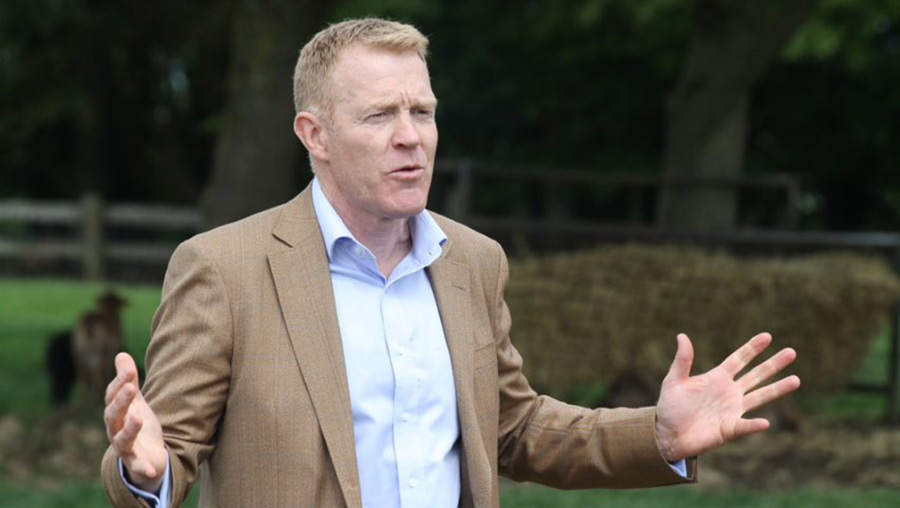 Now that we no longer have the fictional bogeyman that is the European Union to blame for this nation’s many and varied problems (though large numbers steadfastly do so), who can the Daily Mail-reading, Ukip-voting section of our industry turn their ire and righteous indignation upon now?

Well, fortunately for those among us who require a daily fix of rage, there is another convenient scapegoat on hand, in the form of the BBC – or to give it its full title, the “woke, liberal, lefty, snowflake BBC”.

Yes, poor old Auntie is taking a bashing at every turn at the moment from farmers who decry everything from biased reporting at one end of the scale, to a perceived vegan agenda at the other, angrily proclaiming “defund the BBC!” at every opportunity.

But wait, before you write into Farmers Weekly to call me a traitorous communist (or words to that effect), put down the fountain pen, stow the Basildon Bond back in the drawer, take a deep breath and let’s look at the case for the defence.

For a start, not all of the BBC’s 22,000 employees are chai latte-sipping, lentil-munching hipsters from Shoreditch. Many are from provincial towns and villages, and some of them are even from farming families. Bit of a stretch to think they’d be anti-farming, isn’t it?

I’m not a particularly big Countryfile watcher (mainly because I’m not that interested in tuning in to see a man in an organic hemp cardigan play the nose-flute and read terrible poetry in a field of sunflowers near Glastonbury).

If the BBC happens to run a report on changing eating habits, or the impact of agriculture on our climate, it doesn’t mean it is anti-farming, or has any kind of agenda. It is just reporting on issues we all face as a society – like it has done for almost a century.

But many other people are; millions of them, in fact, tune in every single Sunday of the year. And, despite its limitations, it gives a good entry-level insight into farming that viewers otherwise may not be exposed to.

For those of us who like to keep our fingers on the pulse and require more in-depth industry news and information, there is, of course, the always excellent Farming Today.

How many other industries get a daily BBC radio show, I might ask, let alone one as well produced and presented. Frankly, listening to Anna Hill haul the average hapless politician over the coals is worth the licence fee alone.

Then we have This Farming Life – on to its fourth series now – and I suspect that there’ll be more, given the surge of interest in food production over recent years.

Real farming stories, featuring real farming people, put across in an informative and entertaining way. And I haven’t even mentioned the world’s longest running drama, The Archers…

If the BBC happens to run a report on changing eating habits, or the impact of agriculture on our climate, it doesn’t mean it is anti-farming, or has any kind of agenda. It is just reporting on issues we all face as a society – like it has done for almost a century.

We may not always like what we hear, but isn’t that a good thing? Surely that should push us all to improve and innovate, not to get irrationally furious about it.

Ultimately, while the right accuse the BBC of being too left-wing, and the left accuse it of being too right-wing, the truth, I suspect, like the dear old institution itself, lies somewhere in the middle.