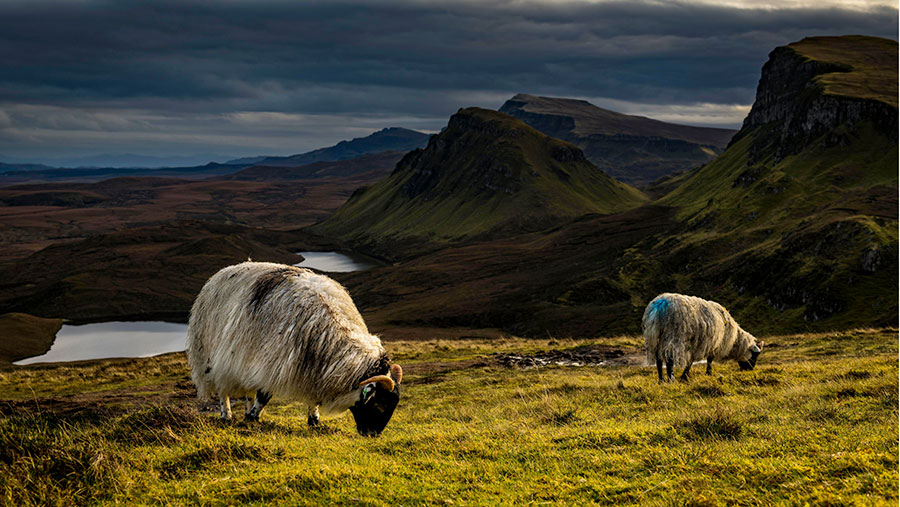 It was a cold, arithmetical calculation that determined how much “convergence uplift” cash the UK government received from the European Union in 2013, and it was an even colder calculation that went into how it was distributed.

The UK government counted the number of voters it could influence with the £190m and consequently it shared the money with the many farmers in the UK as opposed to the few in Scotland.

The few in Scotland believed all the cash should have come to them; after all, if it wasn’t for Scotland’s expansive hills, there would have been no money at all to give away to the many.

The art of politics is so simple when it comes right down to it. Abandon your principles, appeal to the many and to hell with the few. That’s the way to get elected.

Now, years later, with his back to the Brexit wall, Boris Johnstone has decided to right his party’s previous wrong.

He appears to want to give the few in Scotland the same amount of money that his government has already dished out to the many. He’s effectively having two bites at the same cherry.

Now, the problem the Scottish government has is what to do with the money. Will they mimic the UK government and do what will make them popular with the many, or will they do the right thing by the few?

Remember, it was Scotland’s expansive hill land that was the crucial factor in the calculation that qualified Scotland alone to receive the money in the first place.

Most reasonable, fair-minded people would believe the right thing to do would be to direct those funds towards supporting the long-term future of farming in those very challenging hills.

The Scottish government knows exactly to the square metre where “the hills” are and who is farming them, and the mechanism is already in place to enable support to be targeted accurately.

All that remains to be done is to work out a long-term strategy that will deliver the support.

Without a doubt, there is enough cash in the pot to safeguard the future of Scotland’s hill farmers for years and years if the money is spent wisely.

But there’s a problem. NFU Scotland has recently made recommendations to the Scottish government that fly in the face of common sense and everything else that prudent Scots are well known for.

Their big plan is to blow the lot in one huge handout to every farmer in Scotland.

In many ways, their plan is even more disgraceful than the way the UK government handled the original convergence uplift. In fact, it goes beyond disgraceful to the point of being vulgar in its unbridled excess.

I hope Fergus Ewing will be more sensible. The few farmers in Scotland’s hills that provide public goods for everyone to enjoy deserve better support from their government than they get from their union.

After all, it is the many members of the public who are putting up the cash. I’m sure they would not approve of NFU Scotland’s plan to blow the cash on one big party.