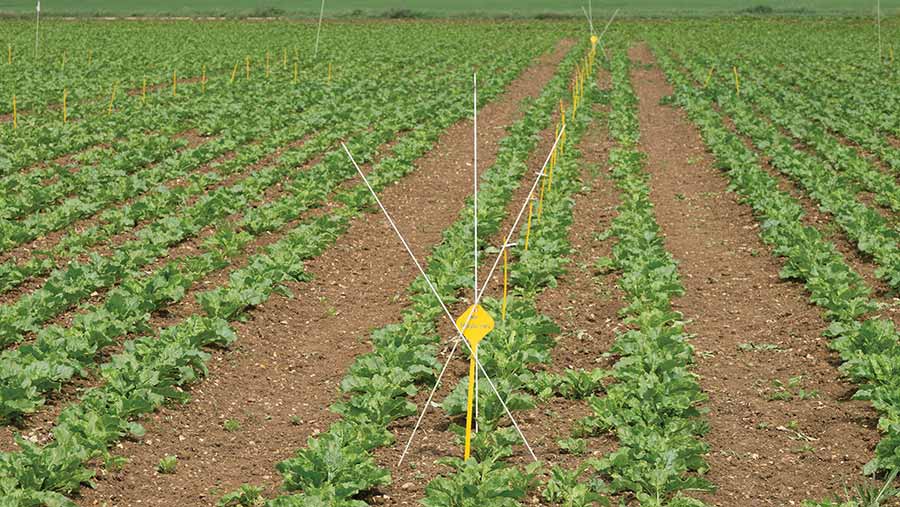 James Wallace is a semi-retired seed merchant in Lincolnshire who acts as UK agent for foreign breeders, and undertakes consultancy for organisations developing new farm technology.

He considers the role of farmers in R&D through farm-focused innovation and Defra’s plans for promoting innovation in the Agriculture Bill.

The new Agriculture Bill has a section with proposals to create incentives to improve UK farm productivity and establish a new system to promote innovation.

If implemented effectively, with active support from the industry, this will create the improvements in productivity essential if we are to have a successful and profitable farming industry after Brexit.

Higher productivity is needed for farming to compete in the global market while delivering consumer expectations, adding value to the economy and improving sustainability. And increased productivity on farm is dependent on innovation in production systems and the active involvement of farmers.

See also: ‘Give peas a chance to fulfil their potential,’ says James Wallace

Despite major R&D funding by bodies such as Innovate UK, the effect on improved agricultural performance has been limited.

Over the past 50 years, we have seen a move from farmer-led R&D, where new agronomy techniques, breed improvements and machinery innovation largely took place on farm or experimental husbandry farms led by practical farmer innovators.

Now we have high-tech laboratories, large research bodies based in science parks and data-processing organisations all undertaking the R&D off farm.

These tend to focus on products of technologies that can be commercialised to generate a clear return on the funding investment. Yet farm productivity is only improved by farmers incorporating new technologies into their individual field and herd management systems.

Unfortunately, the move of R&D and innovation activity to off-farm institutions has also led to a culture where farmers expect others to do the innovation for them. Only a small number of farmers see they have a role in innovation and development to adapt new technologies for their own businesses.

Few see a need to spend part of any profit on development work to improve their businesses. Farmers have come to rely on their advisers – agronomists, feed suppliers and others – to take the lead and supply new technology for “free”.

Improvements in productivity require farm-based adaptions of new technologies and innovations targeted at improving output at reduced costs. Much of this will come from better, more sustainable management systems.

The need is to incentivise farmers to become actively involved in development work rather than being simply customers of others’ ideas.

The new Agriculture Bill and Defra’s plans for promoting innovation proposes support targeted at farmers and groups who will participate in projects instigated by themselves and designed to improve on-farm productivity. This is a major policy innovation by the government, which must be actively welcomed and supported by the industry.

But, while the outline proposals look promising, success will depend on their implementation and governance. It is essential the schemes developed must be targeted at where greatest on-farm benefit can be obtained.

There must also be active participation in projects, which must be undertaken on farm by farmer groups to ensure their relevance to the industry. Farmers must be prepared to provide time, land and resources.

Technical advisers and scientists must be involved, too, to make sure the research is set up scientifically to ensure the results are valid and can be used widely. Groups such as Innovative Farmers and the Adas Farm Innovation Groups (FINs) are already undertaking such work. The concept can clearly be developed across the whole industry.

With industry support, the new Agriculture Bill could lead to a major improvement in UK farm productivity. Farm-focused innovation could potentially have a greater long-term effect than the much-debated environmental measures.