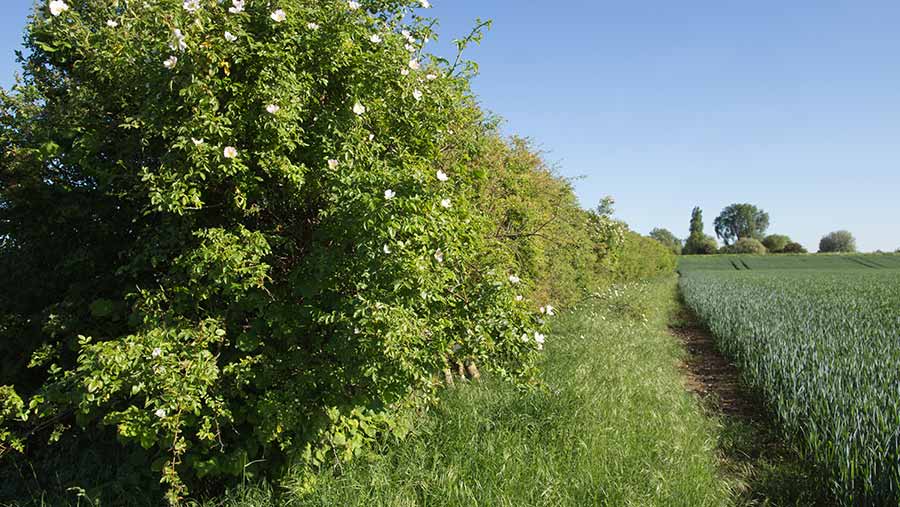 All right, but apart from chickens, improved breeds of sheep, oats, superior bread-making wheat varieties, cabbage, cucumbers, cherries, wine grapes, apples, plums, and all in all, an incredible total of 50 food plants, what have the Romans ever done for us?

What we won’t mention is an entire catalogue of weeds, the majority of our deadly wild plants, and rabbits. Which was perhaps enough alone to make the average conquered Briton want to daub “Romani ite domum” (Romans go home) in letters 20ft high on the nearest forum.

But leaving aside the less-popular introductions, perhaps their most long-lasting impact on our landscape was that quintessential of all British things, the hedgerow.

Although there is evidence that they existed in some Bronze Age settlements, it was the Romans who really accelerated the planting of new hedges, treating the country in many respects as one giant farm for feeding the legions and Western Empire.

And it continued, more or less, peaking between 1750 and 1850 when hedges were planted at an average rate of 2,000 miles a year thanks to the Enclosures Act, right up until the aftermath of the Second World War, when the decline began.

While there was justification for this, with a booming population needing to be fed, and the resulting intensification of farming systems meaning far bigger machinery, I think we can all see that things went too far, and I struggle to fathom the estimated 2,200 miles of hedgerow destroyed each year throughout the early 1990s.

I had my own epiphany a few years ago after an encounter with an environmentalist called Simon Phelps.

I’d posted what I thought was a nice picture of myself hedgecutting on social media, and he commented unfavourably on the size of the hedge.

I confess to not initially reacting well, but after reflection I began to walk around the farm questioning myself and why I hadn’t noticed that yes they could be bigger, yes there is a gap there, yes I could enhance that stretch; and driving around the country, I’ve observed that an awful lot are in a similar or far worse plight.

It’s for this reason that I am so encouraged by Coed Cadw, the Welsh Woodland Trust’s proposed Hedges and Edges scheme. It isn’t radical, it doesn’t need large-scale changes to our practices, it’s just about funding the repair and enhancement of what’s already there – and crucially they have consulted with farmers.

With the right level of financial support from government, we could deliver half of Wales’ tree cover targets utilising less than 4% of our land, not to mention massively contributing towards the NFU’s “carbon neutral by 2040” pledge, with a 100m length of hedgerow sequestering around 120kg of carbon dioxide a year.

What an incredible opportunity this gives us to right some of the wrongs of the past and do something positive in the fight against climate change, as well as leave a legacy for future generations of farmers to be proud of.

Despite my enthusiasm, I know it will take time for these potential improvements to be fully implemented. Practices and mindsets don’t change quickly, but after all, Rome wasn’t built in a day.

Will Evans farms beef cattle and arable crops in partnership with his parents over 200ha near Wrexham in North Wales. He also produces a podcast, Rock & Roll Farming.