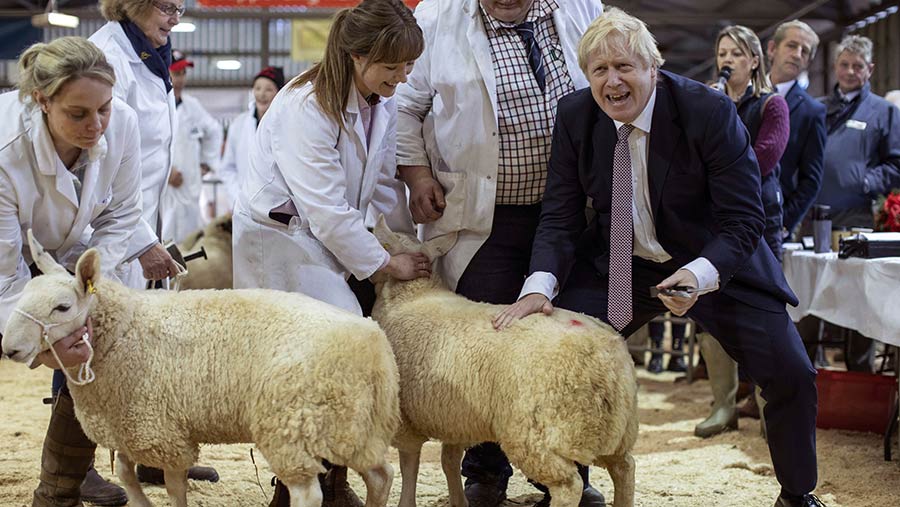 A new year has dawned that promises to be like no other for British agriculture. By the end of this month, Britain will have officially left the European Union and the CAP.

By year end, the government has pledged to agree the terms of that departure. Where that will leave UK agriculture, goodness only knows.

But one thing is certain: there are going to be huge changes to UK farm income support and food trade policy in an alarmingly short space of time.

This will produce farming winners and losers, but much will depend on how individual farmers respond to changing circumstances.

See also: No-deal Brexit threat to agriculture ‘back on the table’

Over my farming career, I’ve tried to adapt to every whim of the CAP. Indeed, to have survived in business as a farmer at all over the past 40 years is to have beaten the odds.

When open-ended agricultural commodity price support was food policy during the 1980s – including intervention buying of any surpluses – I simply produced as much food as I could, even though the policy was obviously madness.

The economic future of my three farm enterprises – arable, beef and lamb – all look daunting post-Brexit

In the early 1990s, the Integrated Administration and Control System (Iacs) was introduced to get rid of the surpluses of the previous policy.

I, maybe like you, then wrestled with the new concepts of arable area aid, set aside, suckler cow premium, extensification premium and special beef and sheep premium – and the monstrous levels of bureaucracy that came with them.

Then, in 2005, Iacs was replaced by the basic payment scheme (or single farm payment as it was initially known) and this was the most challenging change of all. With subsidies “decoupled”, much of my production was rendered unprofitable.

So how to react to the huge changes I now face as a consequence of Brexit?

The economic future of my three farm enterprises – arable, beef and lamb – all look daunting post-Brexit, particularly if the Gove/Truss/Villiers wing of the government get its “free-trading” way.

My arable land is Grade 3, so yields are not high and any profit is derived from the BPS (which is to be withdrawn). My sheep flock of 500 North Country Mules and my suckler herd of 50 pedigree Sussex beef cows are run as efficiently as possible.

But even a cursory glance at the figures produced by AHDB Beef and Lamb shows how difficult it is to make a profit from cattle and sheep.

And that’s before the government approves cuts in import tariffs for the likes of Argentina, Brazil, Australia and New Zealand, and rolls out a new era of cheaper food for British consumers.

So here I am in a state of high alert, scouring the pages of Farmers Weekly for the smallest details of any government post-Brexit policy announcements. Those details from Defra remain shamefully thin given, how close Brexit now is.

I cannot say that I’m looking forward to Brexit’s impact on my farm any more than I ever welcomed policies such as intervention buying, Iacs or decoupling.

But individual farmers do not decide farm, food and trade policies; they have to survive them. It is in that spirit that I face the year ahead.