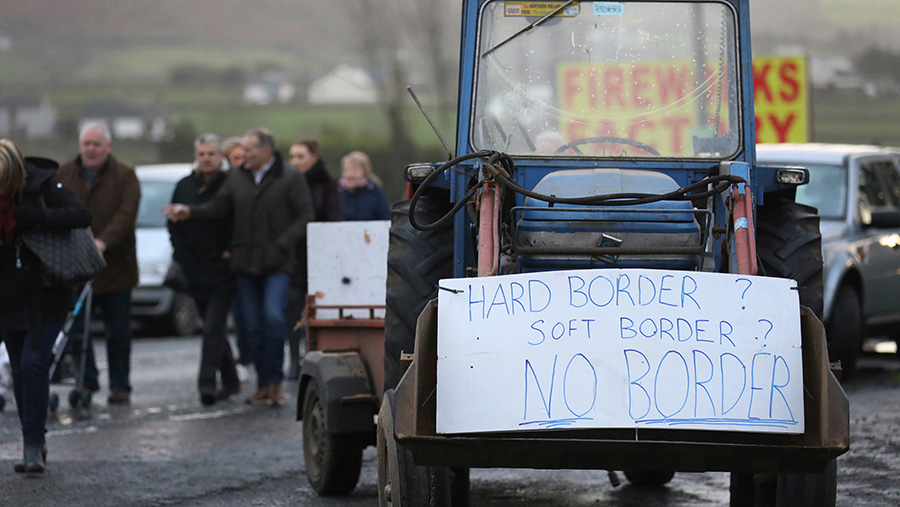 A no-deal Brexit and the threat of a catastrophic impact on agriculture has been revived after the government set a deadline of December 2020 to reach a trade deal with the EU.

Farm leaders said that the risk of no deal has grown more likely after Boris Johnson’s government ruled out an extension to the transition period beyond next year.

The government said it would add a clause to the new Brexit Bill to make it illegal for parliament to extend the post-Brexit transition beyond the end of 2020.

Following the announcement, sterling slumped 1.8% to US$1.309 on Wednesday (18 December), erasing the gains made after the general election result, amid fresh fears of a cliff-edge Brexit.

NFU director of EU exit and international trade Nick von Westenholz said it would be “enormously challenging” to conclude a trade agreement in 12 months, but it could be done.

“Nevertheless, putting a hard deadline of just over a year for the end of these negotiations once again raises the prospect of trading with the EU on WTO [World Trade Organisation] terms if an agreement cannot be reached,” he added.

“That would mean huge tariffs being imposed from January 2021 on much of the food we sell into the EU – all of which is currently traded tariff-free – as well as other checks and delays, which will mean increased costs on food and farming businesses.”

Jill Rutter, senior fellow at the Institute for Government, said the PM would come under increasing pressure from both businesses and farming lobbies at the end of next year to avoid a no deal.

“This could be tactics though,” she added. “The PM has always held onto the belief that a way of getting concessions from the EU is to make it clear that the UK is happy to contemplate no deal.”

Independent agricultural economist Sean Rickard questioned whether Mr Johnson would allow the country to crash out of the EU without a deal.

“I think we could well see the transition period extend beyond this year as Boris goes for a softer Brexit,” he said. “For the farming industry that would mean another two to three years of the current situation.”

MPs will be asked to vote on Mr Johnson’s Brexit deal in parliament on Friday (20 December).

The Withdrawal Agreement Bill will enable the UK to leave the EU on 31 January 2020. However, the UK will remain in the EU during the transition period until at least the end of next year.

After months of uncertainty, the re-elected Conservative government will resurrect its Agriculture Bill, which includes post-Brexit plans to phase out direct payments and introduce an Environmental Land Management (ELM) scheme, which would fund farmers through taxpayer money to achieve environmental outcomes.