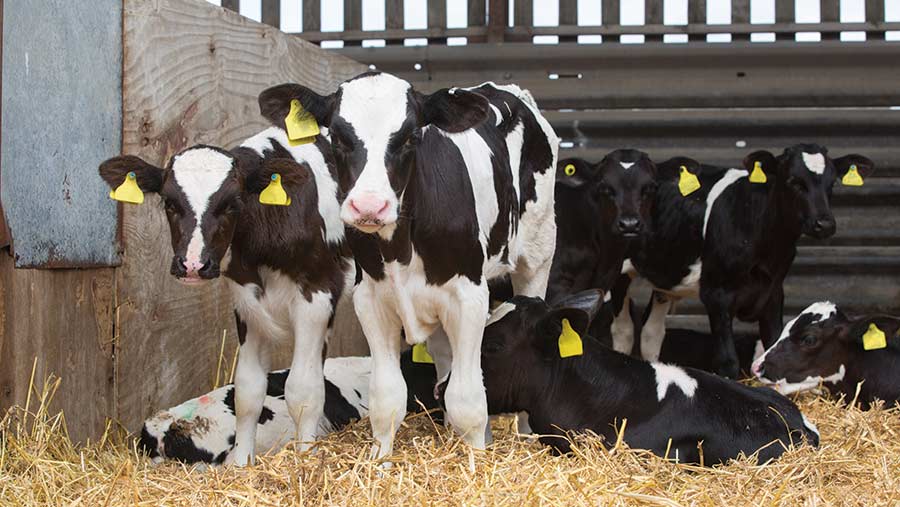 Last week marked the end of the second Februdairy.

I’ve loved seeing all the tweets – from cute and cuddly calves, to older matriarchs of the herd. High-input systems, low-input systems, housed and grazing. And best of all, the delicious dairy products and fascinating facts about their health benefits.

But I can’t help but feel the conversation has become a kind of echo chamber between farmers and vegans.

While it’s great that we are celebrating our industry, I’m not sure we are fully hitting the target audience – the 98% of the population who eat dairy.

I’m absolutely not criticising Dr Jude Capper, the founder of Februdairy. She works tirelessly to promote dairy and has been incredibly resilient in the face of some truly horrible abuse online.

Her campaign has generated mainstream media publicity and is a reply to the hype around Veganuary.

It may make us feel good to share the joy of what we do with each other (and that’s extremely important in what can be a tough, isolated business), but on Twitter at least, it doesn’t feel like the message is really getting to where it needs to – to the shoppers in supermarkets who make a choice based on numerous factors on what to put in their trolley.

Price, health benefits, taste and perceived environmental and welfare impacts all count – and shoppers don’t rely on Twitter to choose.

Far removed from the reality of food production, they are easy targets for clever marketeers trying to sell higher-margin products to a new audience.

When cigarettes were first advertised, with images of doctors and slogans about health benefits, people didn’t know about the link with cancer.

When the evidence became overwhelming, the marketing messages had become so ingrained that people continued to start the habit. Now, anti-smoking information is everywhere, from packets, to billboards, to posters in waiting rooms.

Sadly, the same can’t be said for the health benefits of dairy.

The NHS web page on “Dairy and Alternatives in your Diet” does acknowledge that it can form part of a balanced diet, but talks heavily about saturated fat, links to cholesterol, weight gain and associated diseases.

Of the two-thirds of adults who are overweight, how many drink too much milk, and how many consume too much processed food and don’t do enough exercise?

The NHS seems unfairly harsh on dairy. If they did more to promote the proven health benefits of dairy, this would surely help to shift the public perception, counteracting marketing with evidence-based facts from an authoritative source.

We need to lobby the government, the NHS, hospitals, schools, workplace canteens and restaurant chains, to promote and serve dairy.

We also need our processors to create appealing products that tap into concerns about healthy eating, while allaying fears about welfare and the environment. Arla’s Protein range is a fantastic example of this.

Thankfully, the statistics show that story on Twitter may be a storm in a milk jug. AHDB figures suggest consumption has only fallen 3 litres per person per year in the last three years, but the total amount of dairy consumed has risen 4% in five years, probably due to changing habits – fewer daily cups of tea, but more weekly lattes and smoothies.

We shouldn’t be complacent, and Februdairy is a welcome annual boost for the industry. But the next step is to look further outwards and ensure the message is reaching our consumers.