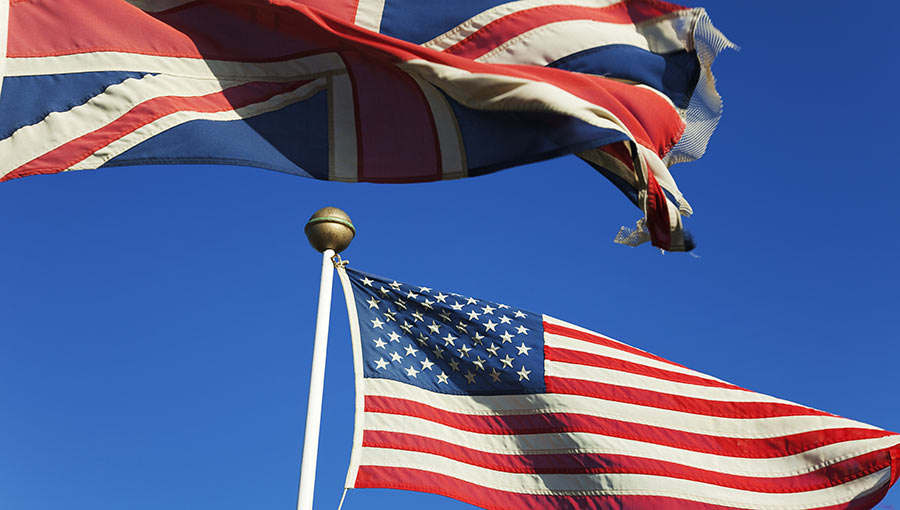 Howdy, folks. Seems like our US ambassador got you mighty vexed about taking a few more food imports from us once you leave the Museum of Agriculture – pardon me, the European Union.

I’m sure he didn’t mean any offence, so put down your pitchforks, knock the hayseeds outa your ears and listen up.

The world’s a tough place. Produce or starve, export or die. We got a great farming industry in the US, and we’re proud of how much we produce.

Keep pace with the times

Feed the world? Sure thing. But you gotta keep pace with the times, and if that means you push a bit more out of – or into – an acre, a steer or a chicken, hell yes.

Now I’ve been to Britain, and I don’t get it. You say you’re the third most productive agriculture in the world, but how? You got all them tiny fields, people walking everywhere, you got farmers looking after the countryside for everyone else to enjoy – it don’t make sense.

Then there’s how you produce stuff. You got welfare standards that make me wince, and environmental protection for everything.

Take beef. So what if we pack a few hundred head into a compound, stuff grain down them and give them a bit of a hormone boost? We all got hormones – what’s wrong with few more?

Don’t get me started on subsidies, people. The EU has been one gravy train from the start, after the horrors of the Second World War when people were starving, to the finish, when it’s been a subsidy not to your farmers, but to consumers for cheap food.

Anyhow, I can say with absolute conviction, folks, that the US does not subside its farmers.

We had an $867bn Farm Bill in 2018, granted, but that’s different. It’s about subsidising food for our poor people, and giving our farmers a bit of help like crop insurance. Hell, you guys never have droughts, or floods, or storms.

Everything we do stands up to World Trade Organization scrutiny, though of course we’re the biggest player on the WTO team.

But if you try and do anything when you leave the EU that looks like distorting the free trade that we so dearly uphold, we’ll be down on you like a rattlesnake on a prairie dog.

So watch it when you’re putting your own Agriculture Bill through. Better not have anything in there that goes against the WTO Agreement on Agriculture and sneaks something into the “amber box” that looks like it supports prices or production. Keep it all in the “green box”, folks, or we’ll cry foul.

We’re up front about what we want. We want your market for our food after Brexit, and we want you to dump your farmers to get a better trade deal from us.

Don’t blame us – you leave the herd, you attract the coyotes. I know your politicians have said they won’t lower food standards, but hey, they’re politicians, right?

Now, I was amazed, following your media. Free publicity? This thing was headline news, all day.

And there was Minette Batters, calmly saying it’s not about US food not being safe, it’s about welfare standards and environmental protection, and that’s exactly what your consumers want. And everyone cheered.

Mr Ambassador, have we shot ourselves in the foot here?