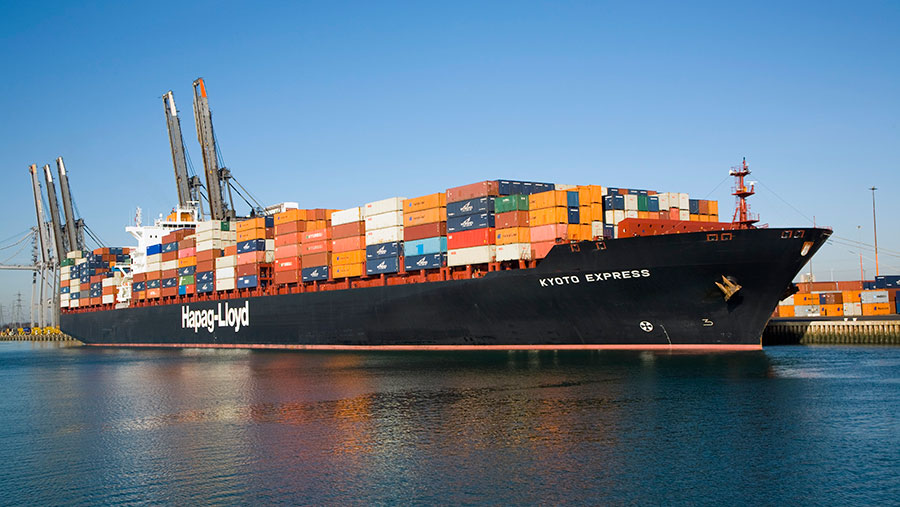 MI5 has a pretty simple maxim… that society is “four meals away from anarchy”. In other words, the security agency believes that Britain could be quickly reduced to large-scale disorder, including looting and rioting, in the event of a catastrophe that stops the supply of food.

Given the combination of our growing dependence on food imports, the increasingly “just-in-time” nature of our food supply system and the rapid disruption to global supply chains caused by the coronavirus outbreak, it’s pretty fair to assume that food security will have risen, in recent days, rather rapidly up MI5’s risk agenda.

So, revelations in the press about how unimportant certain advisers to the Treasury consider domestic agriculture and food production to be are rather poorly timed, to say the least.

Tim Leunig, an economist from the London School of Economics and an adviser to newly appointed chancellor Rishi Sunak, is understood to have said the food sector is “not critically important” to the country’s economy – and that agriculture and fisheries “certainly isn’t”.

In emails leaked to the Mail on Sunday last week, Dr Leunig is reported to have said that ministers could follow the example of Singapore, which is “rich without having its own agricultural sector”.

This is not a new idea. It fact, it’s one that seems to find favour with economists and politicians with alarming and hubristic regularity, despite the obvious folly of its adoption as policy during the interwar years that led to more than a decade of food rationing and the near capitulation of the UK in the face of vital food imports being restricted by German U-boats.

While the threat of global conflict may not be nearly so great today, coronavirus and our pending departure from the European Union has exposed just how vulnerable we are to disruptions to the hitherto apparently seamless international supply lines we have come to rely on.

This is not a uniquely British problem. Despite what Dr Leunig seems to think, wholesale reliance on food imports is viewed by Singapore, the very country he holds up as an example of economic best practice, as a major strategic weakness.

The Asian city state, due to its high population density and paucity of agricultural land, currently imports more than 90% of its food. But as recently as 2019 it introduced an initiative to produce 30% of its requirement domestically by 2030, precisely to mitigate the risks we are seeing today.

That is before we begin to consider the moral imperative for a country blessed with the climatic and natural resources we enjoy to produce at least a significant proportion of its food requirement to alleviate the increasing pressure on the wider world’s food supply and the subsequent effect on food affordability that would disproportionately affect the poorest in society.

The government has an ambitious and potentially transformational agenda for agriculture that, if judiciously and proportionately implemented, can and will underpin future food security and affordability while enhancing the natural environment.

It will require buy-in, commitment and innovation from all stakeholders. But in the longer term, it is a far more sustainable, economically and politically expedient strategy than the short-sighted and potentially ruinous alternative offered by certain economic experts.

We can only hope that this is one of those “off-the-wall” ideas so favoured by the prime minister’s adviser Dominic Cummings that doesn’t make it past first base.