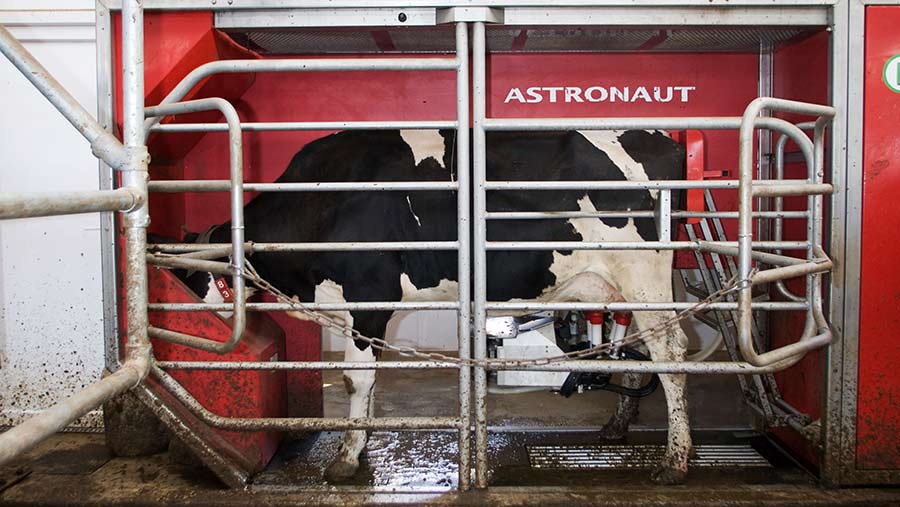 Technology is widely regarded in agriculture as the way forward to improve efficiency and production and safeguard food security and the environment.

But not everyone agrees. Adam Payne, a campaigner for the Landworkers’ Alliance, puts an alternative view forward. He believes the key to agriculture’s future is farmer power and enhanced conditions for workers.

Robotics and automation are being widely touted as the future of farming, and a significant amount of government money is being directed into the research, development and promotion of these technologies.

But this is a grave misuse of these public funds, and one that will endanger the livelihoods of many farmers in the UK and around the world, while reducing our food security.

While on the surface robotics and automation in farming can appear as solutions, in reality they further entrench the root causes of the issues we face around the sustainability of farming, the economic viability of farms and the affordability of healthy food.

Robotics address the symptoms, but reinforce the causes of our problem.

An oft-touted argument is that they will increase environmental sustainability by reducing reliance on heavy machinery and target fertility and pesticide inputs more effectively.

Robotic solutions would help a few wealthy farmers, contractors and corporations to reduce the amount of heavy equipment they use and target their inputs more precisely. But it would force the vast majority of farms that can’t afford the equipment to farm more intensively in order to survive.

The key to viability is the farmer’s relative power in the food chain. Rather than developing robotics that will weaken our position, we should regulate buyers, stabilise prices and work to reinstate employment practices and conditions that create decent, permanent jobs in farming.

It will also force further dependence on equipment suppliers and banks to remain viable, as the outlay for these machines will be huge.

The preferable alternative is to protect and enhance the mosaic of small and family farms, with smaller equipment and the integration of ecological principles that mean everyone can remain viable and sustainable.

If you need a drone to tell you what’s happening in your fields, you are too far removed from the reality of your farm.

Another argument used is that robotics and automation will increase farm viability by reducing the cost of production.

But look what has happened with the introduction of robotic milking machines; roughly 10% of dairy farms use them now, but milk margins are still terrible and 1,735 farms (16%) closed between 2014 and 2019.

The key to viability is the farmer’s relative power in the food chain. Rather than developing robotics that will weaken our position, we should regulate buyers, stabilise prices and work to reinstate employment practices and conditions that create decent, permanent jobs in farming.

Regarding the suggestion that it will make food more affordable, it is well documented that severe food insecurity and the price of food are not closely related. The UK has some of the lowest food prices and the highest levels of household food insecurity in Europe.

The argument that lowering costs of production through robotics will address food access issues distracts from the core problems that drive household food insecurity; reducing the number of farms, destroying local food networks and consolidating the control of supermarkets.

And what about the effect that robotics will have on peasants, pastoralists and rural labourers in the less-developed world?

Once robotic equipment is available, unscrupulous international companies won’t have to worry about labour laws, community opposition, striking workers or traditional land tenure. Instead, they will be able to extend their fleet of robots, operated and managed from different countries, increasing their wealth and accelerating the already disastrous dispossession of land-based communities.

We should oppose robotics in agriculture before we do any more damage to farmers and our food system.

Adam Payne is a campaigner for the Landworkers’ Alliance