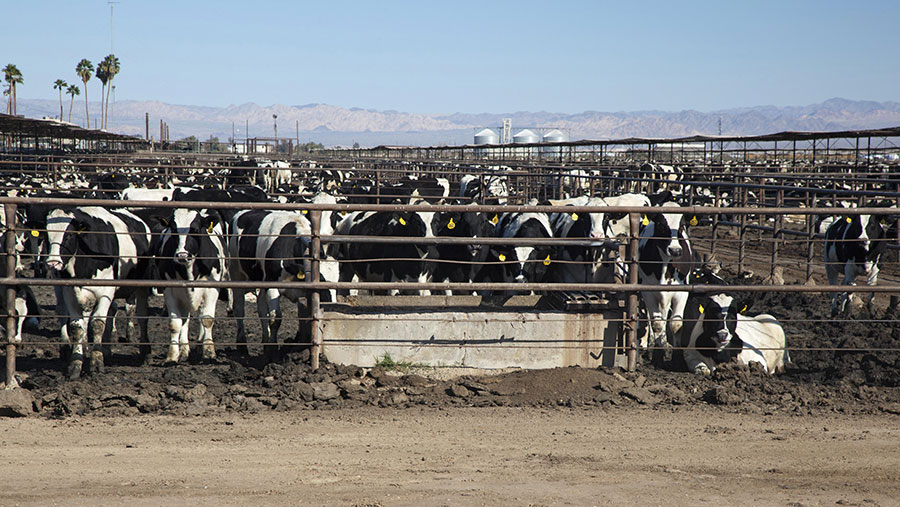 My eldest son lived in various places in the US for 18 years and I visited him several times.

Knowing of my obsession with agriculture, he would arrange for me to visit a farm or two. We also sampled the full range of US cuisine, from crabs claws to burgers.

One eating establishment we visited, in Denver, Colorado, was called Trail Dust. Built like a US timbered barn, its entire menu consisted of huge T-bone steaks accompanied by baked potatoes.

See also:  No protection from cheap imports is a huge blunder

I gave up three-quarters through my plate and asked for a doggy bag. But the meat was delicious. Tomorrow, my son said, I’ll take you to the lot where the beef came from…

It held about 50,000 cattle and we smelled it before we saw it. They were held in open-air pens stretching as far as the eye could see, with dung heaped up in each and passages between them for feeder wagons.

Maize silage was delivered along the edges of the pens, and the cattle looked well, despite their lack of bedding and a few missing ears, frozen off during the previous winter.

The manager told us the enterprise was funded by urban investors – doctors, dentists, solicitors and the like – who never came near the place. They were only interested in the annual dividend.

Casually, I enquired whether hormones were used.

“Why sure,” he replied. “That’s why the cattle look so good. We give them all three doses startin’ when they arrive here as calves.”

Here in the UK at that time we never used more than one dose, and that was banned years ago because of risks posed to sexual health.

I quickly resolved to restrict my intake of US beef, no matter how delicious.

In another incident, on a Californian arable farm I visited, the manager used liquid fertiliser as the carrier for pesticides and herbicides in his crop sprayer.

I wondered how he knew the various chemicals were compatible and didn’t combine to make something different?

“Well I pour a little of each into a bucket, stir it with a stick and if it don’t explode, I carry on,” he said.

He wasn’t keen to show me his sprayer, but when he did, I saw why.

It was the oldest machine on the farm. It probably hadn’t been maintained for years and it was mounted on a tractor with no cab.

Explaining this, he said: “Mostly it works nights to avoid the hot sun and the operator is only a ‘wet-back’ [US slang meaning an illegal Mexican immigrant], so we don’t bother to update.”

I picked up a book in California. Its title was Cadillac Desert.

It explained that, even if it were a country, California would still be the fifth biggest food producer in the world.

But its use of natural resources is prodigious – like 50-60in of irrigation per acre per year, capturing snow melt from rivers running from the Rocky Mountains to the Pacific.

But they’ve overdone it and caused salt to rise from the subsoil and some farms have now been abandoned. Need I say more?