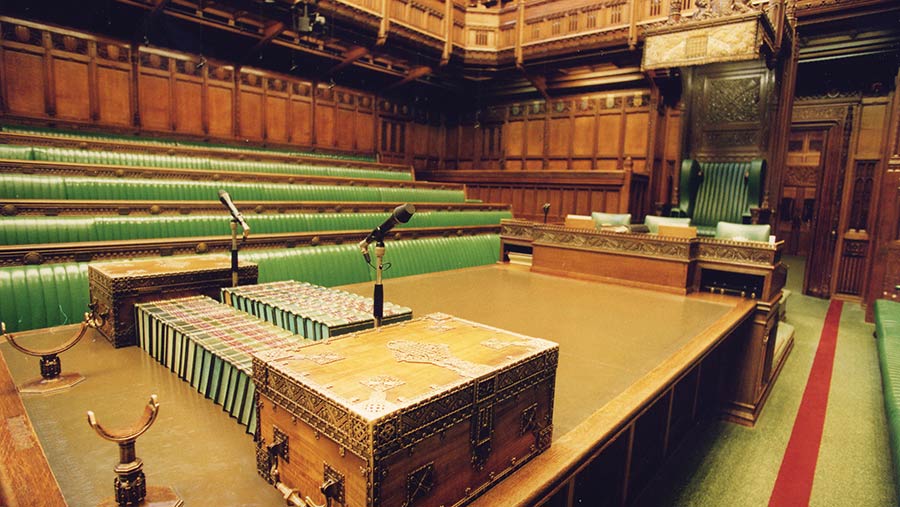 What’s the difference between a U-turn and a lie? In my view, not much, but in political terms it’s apparently OK if your lie is “very specific and limited”.

We should be getting used to such definitions. There have been a few recently relating to farming.

Former Defra secretary Michael Gove, for instance, warned the NFU conference in 2019 that to leave the European Union without a deal would cause serious damage to agriculture and he listed punitive tariffs that would be imposed.

A few weeks later he accepted a new job from Boris Johnson to prepare for a no-deal Brexit and has been advocating it ever since.

The PM himself promised there would be no trade barriers inhibiting our industry’s exports, but his attempts to renege on the Withdrawal Treaty, which he promoted and about which he boasted last winter, show he is ready to erect such barriers.

Defra secretary George Eustice has made similar speeches, but recently declared no deal “would be good for agriculture”, completely contradicting his previous statements.

They are playing fast and loose with our future livelihoods, never mind the reputation of this country. Westminster used to be known as the Mother of Parliaments because of the integrity of its dealings, both with British citizens and other countries.

We’ve concluded that the government has no interest in farming and if that means increasing imports of inferior quality, so be it.

Now we seem to behave like a Banana Republic. As Theresa May asked in parliament: “Who will ever trust us again?”

They can only get away with such behaviour because of their big parliamentary majority, of course – a majority that was generated in part by a lie (or was it a “limited and specific” U-turn?)

But it’s a majority that is now more fragile than could have been believed until recently, because several Conservative rebels have decided enough is enough.

Most British farmers earn the trust of their customers by complying with rules set by Red Tractor, or some other more aspirational scheme like Leaf Marque or Soil Association accreditation.

If they fail to observe the rules, they are thrown out of membership and banned from using it as a sales aid.

But duplicity seems to be allowed in political circles. Thank goodness for those MPs whose principles are stronger than their ambitions.

So what does all this mean to simple farmers? This magazine has been trying to assess what the future holds for us, including through a recent webinar. But some of us have already made up our minds.

We’ve concluded that the government has no interest in farming and if that means increasing imports of inferior quality, so be it. We know it is fashionable to be optimistic, but we would rather be realistic. And that means we are pessimistic.

The next five to 10 years could see many of us forced out of farming. And if you don’t believe me, listen to Sean Rickard, the economist who criticised farmers for years after he left the NFU, but who now sadly believes 30% of us will be forced out of business over that period.

So, in the unlikely event of regime change, the advice must be to diversify into something more profitable, or quit while you’re ahead. Hard times are just around the corner and we need to prepare for them.