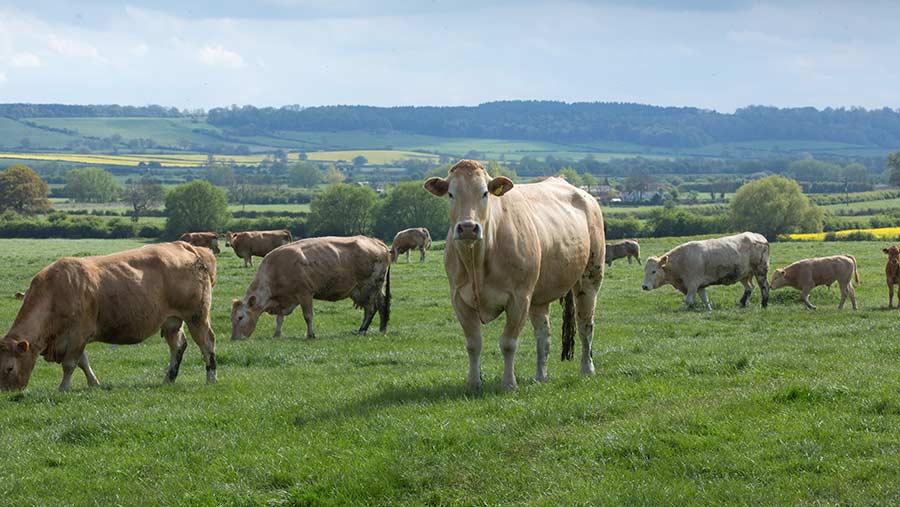 The Agriculture Bill had its third reading in parliament on Wednesday (13 May), which saw MPs take a historic vote on a number of important amendments.

Because of the coronavirus lockdown many MPs are working from home, and this was the first ever virtual vote to be held in the House of Commons.

The most important piece of farming legislation to come before parliament in decades included an amendment tabled by Neil Parish, Conservative MP for Tiverton and Honiton, which sought to protect UK farmers from low-standard food imports.

The clause would have prevented future trade deals from allowing food into the UK not produced to the standards required of farmers and processors within the UK.

But it was defeated by 328 to 277 votes – a majority of 51 – after failing to receive the support of the Conservative government, despite several previous commitments to safeguard our farming industry from cheap food imports, produced to standards that would be illegal in the UK.

Despite priding themselves on being “the party of the countryside”, only 22 Conservatives voted to support Mr Parish’s defeated amendment, which included former Defra secretary Theresa Villiers, MP for Chipping Barnet.

Those voting in favour included chancellor Rishi Sunak, who accidentally voted for a change in the bill which would have guaranteed a ban on US chlorinated chicken and hormone-fed beef. A source close to the chancellor blamed “teething problems” with the online voting system and explained that he had actually voted the wrong way.

North Dorset MP Simon Hoare was one of the 22 Conservatives who voted against the government to defend UK food standards in future trade deals.

Mr Hoare, who is also chairman of the Commons Northern Ireland affairs select committee, warned that food imports to this country would be cheap “for no other reason bar the fact that they were raised to lower standards”.

He added: “Anybody can look at a whole variety of websites to realise some of the pretty horrendous ways in which livestock is raised in a number of countries across the world.

“And I think we should shun that and be a beacon for excellence and high standards.”

York Outer Conservative MP Julian Sturdy, a former farmer and agriculture student, was another who voted in support of Mr Parish’s amendment.

He said he very much supported the main thrust of the bill, including important recognition for domestic food production, food security, funding to support innovation, funding for productivity improvements and agri-environment provisions.

But he added: “The laudable aims of this bill will come to nothing if the government doesn’t secure fair terms of trade for UK producers.

“Our producers have worked for decades to raise our standards and this could easily be lost if they are set at a structural disadvantage while allowing in a flood of low-quality imports.”

Following the vote, farmers took to social media to criticise the numerous Conservative MPs in rural constituencies who failed to back Mr Parish’s amendment.

These included George Eustice, Defra secretary and MP for Camborne and Redruth; Fay Jones, Brecon and Radnorshire MP who used to work for the NFU; Robbie Moore, MP for Keighley, who is also a Nuffield scholar and comes from a farming family; Simon Hart, MP for Carmarthen West and South Pembrokeshire, who is also a former chairman of the Countryside Alliance; Owen Paterson, MP for North Shropshire; Liz Truss, the trade secretary and MP for South West Norfolk; and six Suffolk Tory MPs.

Defra farm minister Victoria Prentis, who is Conservative MP for Banbury, also voted against Mr Parish’s amendment. She attempted to allay fears that UK farmers will be undermined in any future trade deals.

Ms Prentis said: “I was elected on a very clear manifesto commitment – one that the prime minister has reiterated since – that in all our trade negotiations we will not compromise on our high environmental protection, animal welfare and food standards.

“This government will stand firm in trade negotiations to ensure that any deals live up to the values of our farmers and consumers.”

However, Ms Truss is said to be drawing up plans to cut tariffs on US food imports to secure a free trade agreement with the US.

The Farmers’ Union of Wales (FUW) said it was a “grave error” that this critical amendment had been blocked.

FUW president Glyn Roberts said its members and the public were appalled that an attempt to protect UK farmers and consumers from food produced to lower health, welfare and environmental standards had effectively been blocked by the government, at a time when the importance of protecting the food security and health of the nation was at the top of the agenda.

“With the Agriculture Bill now due to be considered by the House of Lords it is essential that they do all they can to correct this position before the bill returns to the House of Commons, and I truly hope that the government will support rather than obstruct this,” he added.

Ministers insist that the issue of protecting food standards in post-Brexit trade deals will be dealt with in the forthcoming Trade Bill.

What is the Agriculture Bill?

Leaving the EU means the UK is also leaving the common agricultural policy (CAP), which currently funds UK agriculture to the tune of £3.5bn a year.

The landmark Agriculture Bill provides the legislative framework for replacement agricultural support schemes. It is now on target to pass through parliament by the summer.

It provides a range of powers to implement new approaches to farm payments and land management.

In England, farmers will be paid to produce “public goods” such as environmental or animal welfare improvements.

The bill also includes wider measures designed to improve fairness in the agricultural supply chain and on the operation of agricultural markets.

There are several additions to this bill compared with the previous bill, which fell at the dissolution of parliament in October 2019.

New measures include requirements for ministers to report on food security at least once every five years, set out multi-annual plans about how they will fund farming, and consider the need to encourage the production of food in England, in an environmentally sustainable way.